Posted on February 2, 2018 by fashionshark

Would you put the Chief Rabbi in charge of the Pork Promotion Programme? You would not. So why would you put climate change deniers in charge of your environmental policy? In the US, the idiot President appointed Scott Pruitt to run the Environment Protection Agency. Pruitt is a former Attorney General of Oklahoma who distinguished his tenure there by suing the EPA 14 times. It is of course sheer coincidence that Pruitt received hundreds of thousands of dollars in campaign donations from the fossil fuel industry. When appointed to the EPA, he set about repealing most of Obama’s protective regulations and fired the 18 independent scientists advising the Agency, and will reeplace them with “industry representatives”.

Of course, this suits Trump just fine because he is also a climate change denier. Last week, when “interviewed” by Piers Morgan, not that it was an actual interview, more a case of Morgan applying his tongue to the Presidential fundament, Trump said, unchallenged,

‘There is a cooling and there’s a heating—I mean, look, it used to not be climate change. It used to be global warming. That wasn’t working too well because it was getting too cold all over the place. The ice caps were going to melt. They were going to be gone by now, but now they’re setting records, okay? They’re at a record level’.

The technical term for this is ‘bollocks’.

In order of bollocks, global warning is part of climate change; 2017 was the third hottest year on record in the US; the average world temperature throughout the year is warmer than it was but that does not mean part of the US do not get cold; ‘climate change’ more accurately explains the concept of the damage done by greenhouse gases, as opposed to the noxious emissions from Trump himself; and the ice caps are indeed ‘setting records’ – they are melting. It is unclear what record Trump thought the icecaps were setting – fastest time in the 1500 metres? This scientific genius then continued:

Which is presumably why Pruitt has set about repealing the Clean Water Act and would have got rid of restrictions on methane leaks had the Courts not intervened. And the idiot President thinks there is such a thing as clean coal.

But Trump and Pruitt are professorial in their knowledge compared to the moronic Kathleen Hartnett White, a woman who would have to have intensive coaching six times a week just to attain a level of sheer ignorance. Hartnett White, who looks like the sort of woman burning witches in Salem, was Trump’s nomination for his adviser on Environmental Quality, although she has no scientific qualifications. In fact, WTF can safely say that Hartnett White knows as much about science as WTF’s left buttock knows about heart surgery. Hartnett White’s main qualification for the role is her evangelical belief that climate change is a hoax and that there are “grand schemes to decarbonise society”. Her appearance before the Senate Committee was an event so embarrassingly awful that you had to watch it through your fingers whilst screaming ‘Oh My God’ very loudly at regular intervals. Amongst the top moments was when Sen. Sheldon Whitehouse (for whom WTF has a particular penchant) asked Marie Curie 11, in the context of the oceans becoming hotter, whether she agreed that water expands as it heats. Even WTF knows the answer to this one but Hartnett White replied “I do not have any kind of expertise or even much layman’s study of the ocean dynamics.” In fact, having pocketed a fistful of dollars from the industry, all Hartnett White knows is that fossil fuels are wonderful and led, amongst other things, to the abolition of slavery. Go figure.

The Committee voted along party lines to approve her nomination. Of course it did. Most Republicans would vote for Stormy Daniels were they asked to. But her nomination lapsed through lack of Senate time. She was re-nominated but it appears that even the White House could not face seeing Sen. Whitehouse managing not to laugh at the asinine answers from a woman clearly as blissful in her bigoted stupidity as Trump is in his and there was a danger that the full Senate might not have approved her. So her nomination has been withdrawn. The real question is why she was ever put forward. Welcome to the Fox News World where you only hear the answers you want because the only people you ask are either as stupid as you are or too bloody craven to give you the right one.

Our review of the week’s sartorial shockers all come from the Grammys, held this year in New York. There are equal numbers of appallingly dressed men and women so this is a truly gender equality review. We start with beauty guru (he now has a range for MAC), Patrick Starr. WTF has no idea what he is wearing. None at all. 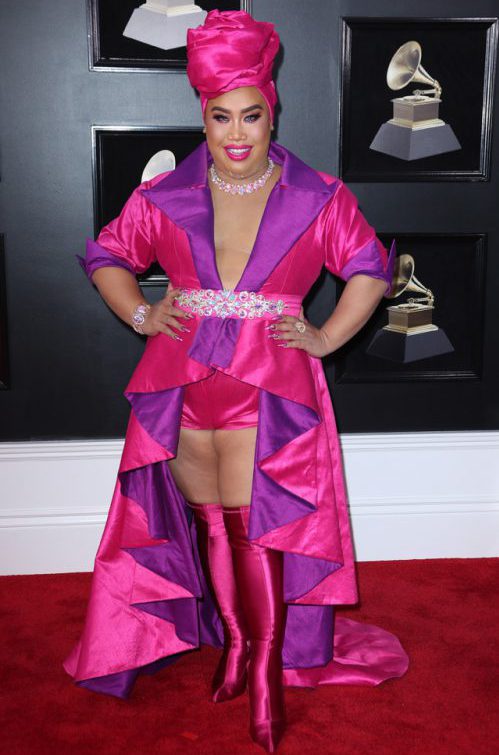 Those plump thighs put WTF in mind of Nicholas Nickleby and Wackford Squeer’s description of his son, “What do you think of him, sir, for a specimen of the Dotheboys Hall feeding? Ain’t he fit to bust out of his clothes, and start the seams, and make the very buttons fly off with his fatness? Here’s flesh!’ cried Squeers, turning the boy about, and indenting the plumpest parts of his figure with divers pokes and punches”.

Why is she attired as a crossdressing Victorian station-master in most ill-fitting trousers? 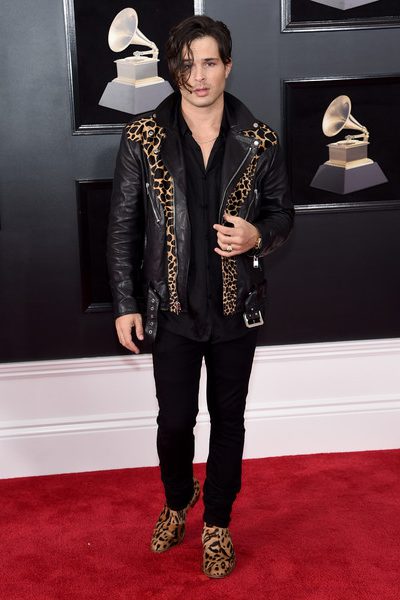 This is a walking up yours to the World Wildlife Fund. Many fine animals have died in vain….

Yet again, Heidi wafts effortlessly into the category of “That’s Not Even Clothes” It is becoming tiresome and the minge triangle is particularly nasty. 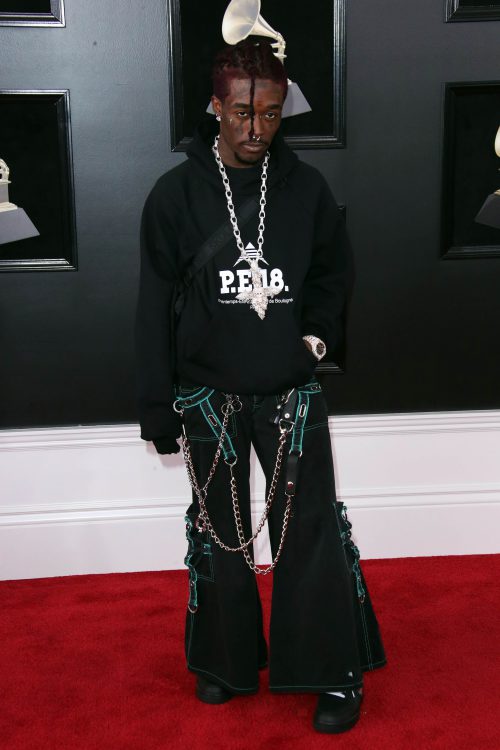 He is a bell-bottomed prison warden and that skull-head cross and chain is clearly so heavy that he can barely hold his head aloft. Call the osteopath!

This is a veritable vaginal Victoria Falls.

Musician and professional son Jaden Smith, wearing what looks like a collection of clothes from a skip.

Jared has always been annoying and he is becoming more annoying with every day that passes. He has had to write the name of his debut album SYRE on his hand, lest he forget it. If only we could do the same…

If an astronaut went to a fancy dress party as a pink Quality Street sweet, this is what she would look like. 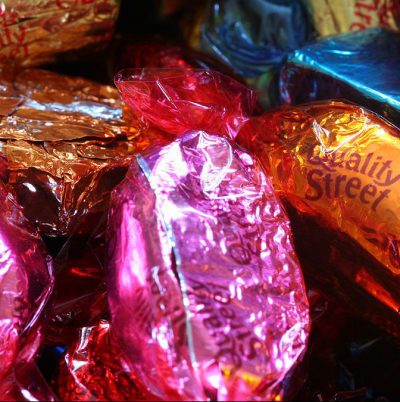 At first Tyler, the Pretentious, sported a large fur hat last seen on a border guard in Uzbekistan, but then he removed it to show this ……

Pillock. Love the coat though.. 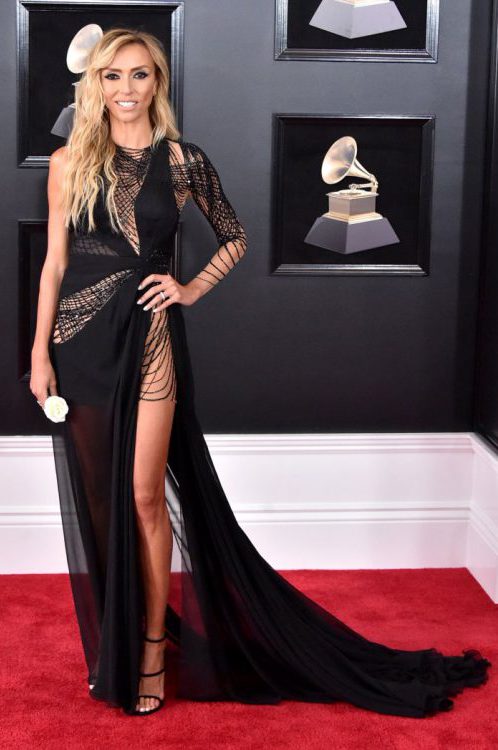 Giuliana turned up in a minge cobweb on the Red Carpet for E! to interview other people on the Red Carpet. Giuliana’s dresses are getting smaller and smaller. By the time we get to the Oscars, she will be wearing nothing but a pair of stilettos. 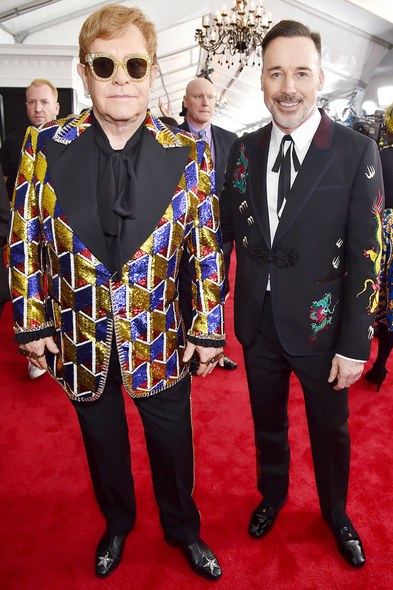 David looks like the receptionist at the Cancun Crowne Plaza and Elton is wearing  a jacket composed of shiny shower tiles and a blouse with a pussycat bow, like a sparkly reincarnation of Mrs Thatcher but with a hair weave. And unlike Mrs T, who dusted people up verbally, he is wearing actual knuckledusters with his name on them. 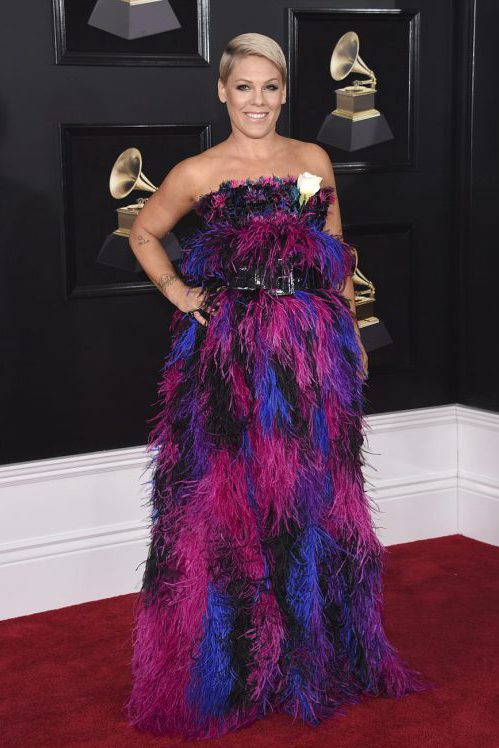 Armani has gone stark staring mad. Pink looks exactly like Boombah the Lion in the Indian version of Sesame Street 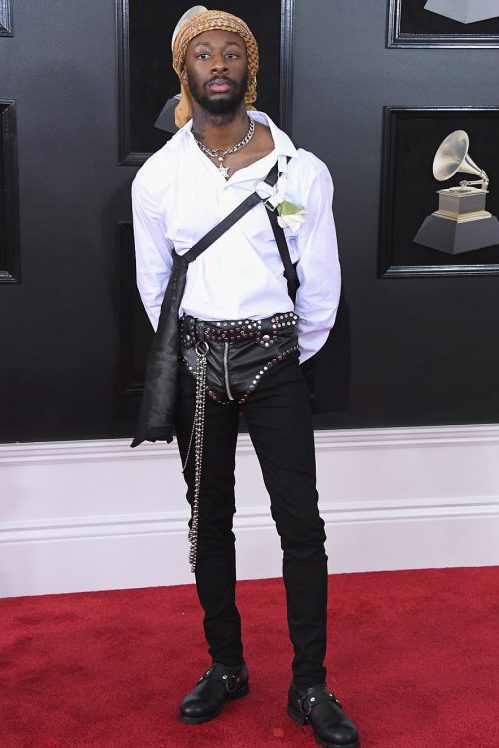 GoldLink is evidently taking part in a post-modern revival of Gilbert and Sullivan’s The Pirates of Penzance. Why is he wearing zipped leather knickers over his trousers? What happens at wee-wee time? Is the top zip linked to another zip? That is an awful lot of unzipping…

Finally, we have singer, Fox News contributor and would-be Congresswoman Joy Villa, wearing a Pronovias wedding gown, which she then hand painted with a foetus, and paired with a tiara and a hand-painted Choose Life handbag.

This is a novel form of campaigning – wear your manifesto. Joy is a devoted Trump supporter, and turned up to the event last year in a #MAGA dress, but this is even more offensive. Before finding the Alt-Right, Joy used the Grammys to flash her bits in order to get noticed, like the ridiculous dress composed of iron railings she wore in 2015. Joy may choose life. WTF chooses life without Joy.

This week’s It’s Got To Go comes from WTF aficionado Ayesha from Stepney who is “impelled” to suggest the Poor Door for inclusion in this section. Ayesha puts it so well WTF need only quote her verbatim. ‘This foul innovation describes a hidden, back-door entry provided for occupants of “affordable” flats in mixed public/private housing developments – to avoid distressing visually sensitive occupants who have paid the higher, market rate.

The Poor Door has been blithely admitted by leaders of Haringey council in London to feature in their controversial scheme to let a multinational developer feast on a big slice of the authority’s property portfolio – a scheme this week beginning to hit buffers erected by Labour’s national bosses’. Ayesha’s curse has worked because the Council’s Chief Executive resigned on Tuesday over the furore. It’s Got To Go. She’s Already Gone.

OK Readers, that’s your lot for this week. WTF enjoyed your comments last week and hopes for more. However, there were some top suggestions for It’s Got To Go. Let us meet again next Friday. Be good x