Parliament does not want to Brexit with Mrs Maybe’s deal. It has now said so twice. No one wants her crap deal, not even Mrs Maybe – it is about the only thing everyone agrees on. Parliament does not want to Brexit with no deal, but that vote was only advisory and without legal force. Parliament does not want to ask the EU to put everything on hold until 2021, or to delay Brexit until May 2019, or to ask for a delay whilst it works out what other sort of Brexit we can have, or waits for a miracle involving loaves, fishes and duty free wine. And Parliament does not want to hold a second referendum. Parliament does want to ask the EU for an extension to Article 50, and voted for a Government motion to this effect by 413 votes to 202. Pipsqueak Stephen Barclay, the Brexit Secretary, spoke in favour of the motion, urging ‘It is time for this House to act in the national interest, it’s time to put forward an extension that is realistic’. He was so unconvincing that he failed to convince himself, because he, and seven other Cabinet Ministers, then voted against the very motion he had just been supporting. A ninth Cabinet Minister, the Chief Whip, whose job it is to get MPs to support the Government, abstained. You would not send this lot out to buy you a packet of Polo Mints and a box of Kleenex. They would either come back with some Cheesy Wotsits and a roll of quilted toilet paper, or they would resign on the way home and bugger off with your change.

Meanwhile, Labour, which is supposed to now be in favour of a second referendum in circumstances that nobody actually understands, including them, ordered its MPs to abstain on the motion for a second referendum because ‘the time isn’t right’. They are probably waiting for a sign from Heaven, a star above Westminster, or perhaps a clap of thunder and some  lightning bolts. Several shadow ministers, whom WTF would not recognise were they sat in her kitchen eating carrot cake, resigned after voting against the motion, on the basis that the last manifesto had promised that Labour would respect the Will of the People. Several others voted for the motion.

So to sum up – we have no approved deal, we have no idea what deal we want, and even if we wanted it, the EU would not give it to us. We might want a second vote, but only in circumstances where there is no ‘r’ in the month and the moon in alignment with Jupiter. The right wing lunatics want no deal at all, even though everyone else agrees that this is a really shocking prospect. And there is no guarantee that we can have an extension to Article 50, particularly as we don’t know what we would do with an extension if we got one, and nobody has a fucking clue what is going on. Mrs Maybe’s big idea is to ask for a third vote on her crap deal. Einstein observed that the definition of insanity was to keep doing the same thing and expect the outcome to be different. On that basis, it is time to call for the Prime Ministerial straitjacket. She has not only lost her voice, she has lost her reason.

However, Readers, be of good cheer. Piers Morgan, the man who is so far up Trump’s arse that even his shoelaces have disappeared from view, has the solution! He tweeted it on Thursday night. ‘I’ve given this a lot of thought & come to the conclusion that only one person can now sort out this ridiculous Brexit mess: @realdonaldtrump. He’d take no sh*t from the EU, or Parliament, or anyone. And he definitely wouldn’t lose his voice. Mr President, my country needs YOU’. Mrs Maybe, it seems, is not the only one who needs a call from the men in white coats.

Let us escape from the asylum for a brief moment and contemplate the fashion follies of the week, starting with the aforesaid Theresa May off to Church on Commonwealth Day, wearing a Daniel Blake coat and Liz Felix hat.

WTF aficionado Tom from London discovered this assault on our eyeballs. How bad does she look? What is that hat? Why does the coat have leg-of-mutton sleeves? Daniel Blake and Liz Felix are clearly both diehard Remainers. What about those gloves, and the matchy-matchy clutch, and the chunky jewellery? As WTF aficionado Jen sagely observed, our Prime Minister would do better spending less time accessorising, and more time sorting out Brexit. Meanwhile Tom also sent in the portrait of Lady Margaret Hawkins from the late 16th century to show where May got her inspiration. Are the two ladies related? They certainly have the same grim expression. Bravo Tom! 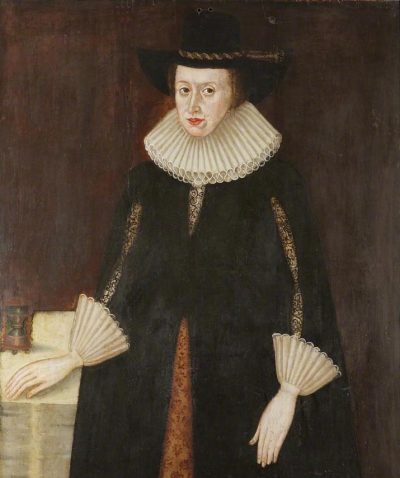 Next we have socialite and DJ, Paris Hilton, wearing Christian Cowan.

Paris is not sporting rabbit ears – that is part of the backdrop –  but the rest of the ensemble is so comical that it would not be surprising if she were. There is a cornucopia of crapulence to behold, including the Afghan hound bunches, the hideous, too-long, onesie, and the criminally horrible handbag. When your pooch is better dressed than you are, it is time for a radical rethink.

Heidi is dressed as Gonger from Sesame Street. Extra minus points for those painful-looking sandals. 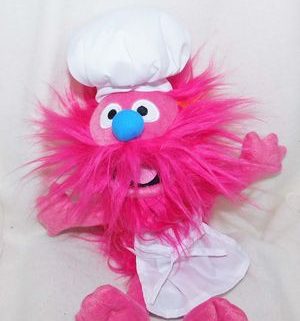 To London and the Global Awards 2019, where we come across singer Mabel McVey, wearing Natasha Zinko.

Here is a WTF Rule. When you have to stand with your hand over your crotch to avoid a Fanny Flash, there is something wrong with your outfit. And with you for wearing it. Quite apart from that, the dress is ugly and it doesn’t fit.

Some of us lived through the Eighties, and have no desire to go back there, sartorially speaking. The shoulders are ridiculous and the whole thing is very Princess Di. 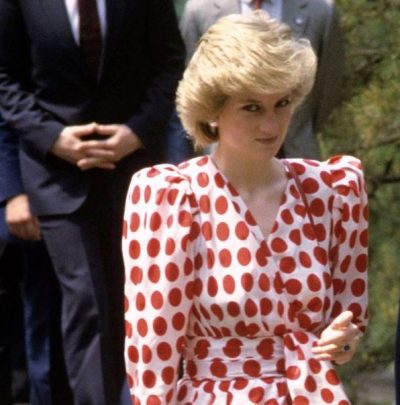 Mingetastic. Indeed it is all there to be looked at, with more gynaecological detail on view than a week’s CCTV footage from a knocking shop. 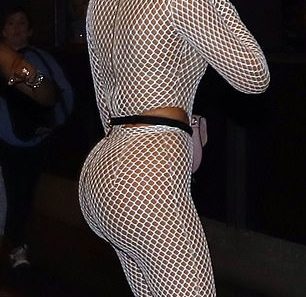 And finally, we meet French actress Angelique Boyer, wearing a reversible dress by George Figueroa. She started off the night wearing this side of it. 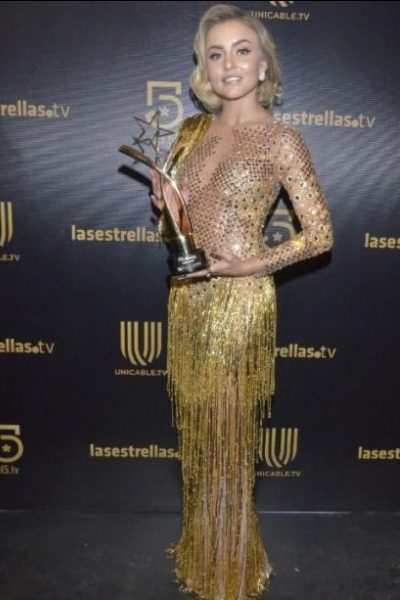 Then she turned it around. To this.

Thanks to aficionado Jonathan from Bloomsbury, who kindly brought this outfit to WTF’s attention. The front was moderately respectable. The back was not even a back. She looks like a sparkler with belly button and tits.

This week’s It’s Got to Go comes from WTF aficionado Rona from Hackney, who complains about the horror of the unisex toilet. Such is the excellence of her rant, that WTF repeats it in full.

‘So I’m dining out in a delightful restaurant and the moment has come to visit the powder room. Cue what should be a restful and fragrant interlude of indulgent femininity – the chance to literally powder one’s nose, reapply lipstick, perfume, adjust clothing, have a cry or a giggle or a gossip. But now it’s unisex and what woman wants to do all that in the company of some bloke she’s never met, or worse, has met? Not to mention the horrors of some, I repeat some, gentlemen’s toilet habits, which, shall we say, are less than fastidious. So what we have is a stripped back-to-the-essentials experience that needs to be got through asap. This is the very opposite of civilised and, sadly, it is yet another example of the slow erosion of those little rituals which can make everything seem so much more pleasurable.’

OK Readers, that’s your lot for this week. Keep sending your splendid comments as well as your suggestions for It’s Got To Go. Let us meet again next Friday. Be good. x