Bob Stewart MP, 66, is a former British Army Colonel and was a United Nations Commander in Bosnia. WTF was an ardent fan of Bob, with his turquoise beret set an a jaunty angle and his propensity to tell murdering Serbs to fuck off.  So it was a huge disappointment to learn that he approached respected political columnist Isabel Hardman in the House of Commons lobby exclaiming “I want to talk to the totty.” Hardman, 29, was understandably taken aback, as was her male colleague who told Bob where to go. Hardman then tweeted about the incident, without naming our gallant war hero, and complained to the Tory Whips Office, who forced Bob to apologise. However The Sun, that bastion of feminist propriety, outed him. Bob was not bothered and declared that he was not a fan of political correctness. Yes, we gathered that….

Predictably Hardman, and not Bob, got the blame. Isabel Oakeshott is a former political editor of The Sunday Times until she was lured away to co-author Cameron’s unauthorised biography and introduce us to Piggate.  She now writes for, surprise, surprise, The Daily Mail. Isabel 2 stuck the knife into Isabel 1 with the words “Strong women don’t need to whine”.  Worse was to come. On Wednesday, Radio 4’s Woman’s Hour featured a debate between Laura Bates, the founder of Everyday Sexism, and the former MP and relentless self-publicist Edwina Currie. Currie maintained that Hardman “should have too much else to do than to fret about an elderly male MP who was paying her a compliment”. Currie went to say that women should recognise a compliment from “very nice people who want to make a pass at you and if you are a good looking girl, make the most of it, because the time will come when you won’t be a good looking girl”. There was nothing wrong with men liking “young good looking women who make the place look better”. Whereupon WTF started throwing things at the radio and shouting imprecations. And she was not alone.

When women complain about being denigrated and treated as things, not people, they are abused as humourless, frigid, politically correct or feminazis. Or all of the above. They should apparently accept sexism as a compliment and blush prettily when a man bestows the light of his presence upon her. Here’s the thing, Readers. A woman is entitled to do her job without being reduced to something to be leered by a man old enough to be her father. Being called “totty” is not a compliment any more than being wolf-whistled by artisans with their hairy bum-cracks on display is a compliment. And she is entitled to say so. For too long, bad behaviour has been brushed off as “banter”. “Banter”  is only “banter” when both sides find it funny. And we are not laughing…. 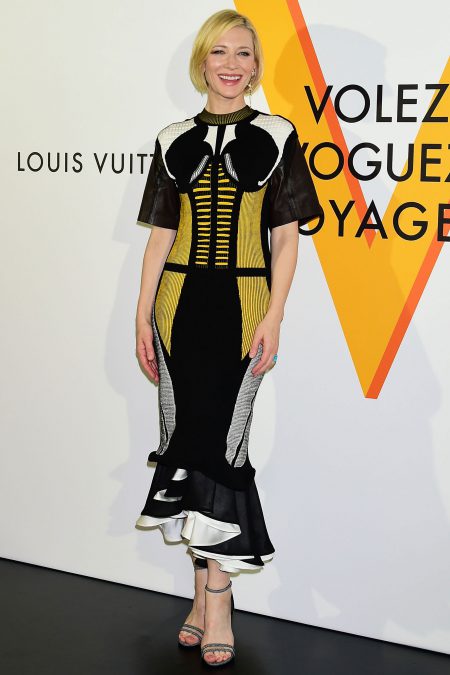 The strobing is bad but not as bad as the Mickey-Mouse-ears tit covers. An outraged @gazaboatconvoy was onto this straight away, asking the question to which we all want the answer – WTF? 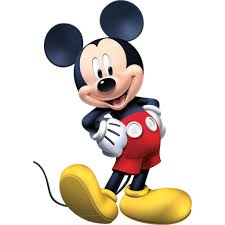 Here are thespians Norman Reedus and Diane Kruger at the premiere of their new film Sky. She is wearing Cushnie & Ochs. 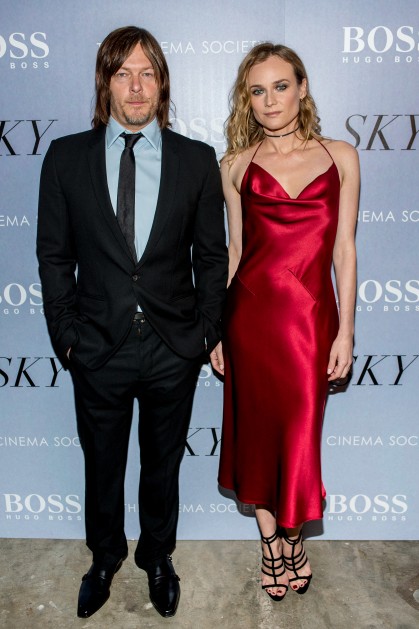 In the words of Joe Jackson, Is She Really Going Out With Him? These two are supposed to be dating. And she was with gorgeous Joshua Jackson from The Affair like, forever. Norman’s hair is a public scandal, his suit does not fit and his tie is askew. He does not seem to have made an effort. Meanwhile, either Diane’s chest has moved south or her bodice has moved north, but they are certainly not in alignment one with the other. 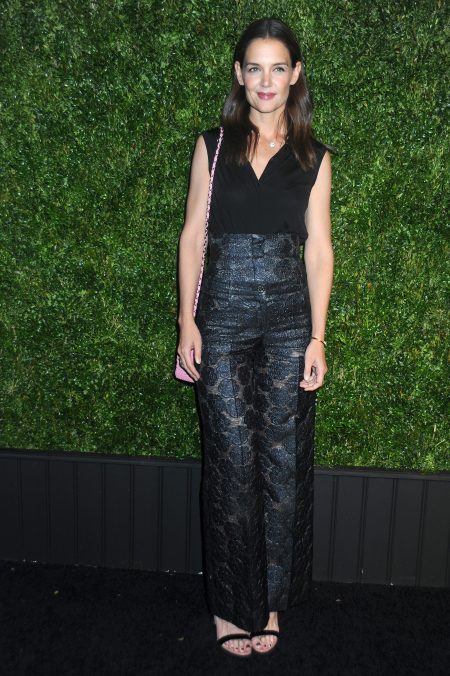 These are not so much trousers as a translucent  truss with creases. WTF likes a high waisted trouser but these are at tit-level. Just. Very. Bad.

And yet another actress Chloe Sevigny, also wearing Chanel. (It was a Chanel   sponsored event). 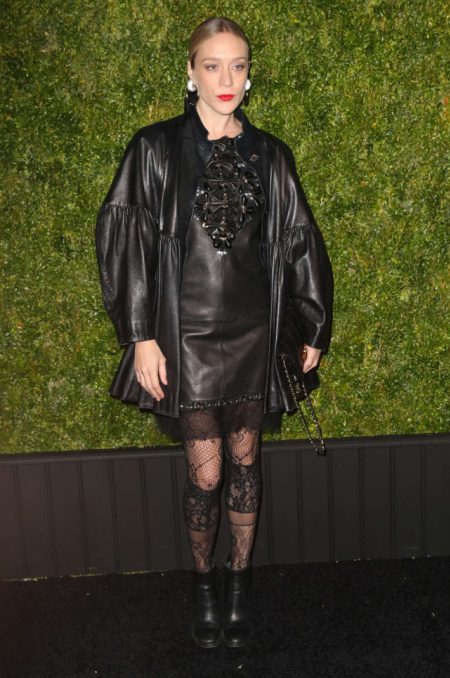 WTF has said this before. There is edgy and there is ridiculous. This has raced past ridiculous and is currently parked at preposterous. Why would anyone want to go about dressed as the lovechild of a Nazi stormtrooper and an overstuffed armchair? With fancy tights?

Talking of Germany, here is Queen Maxima of The Netherlands  on a visit to Bavaria wearing Danish designer Claes Iversen. 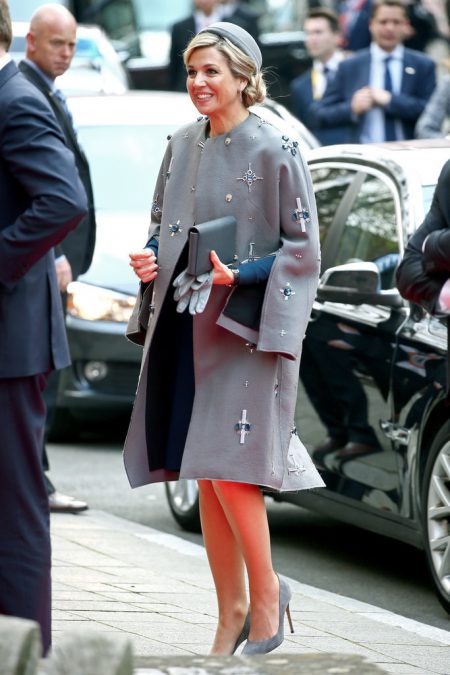 No  really, what is going with that coat? It is covered with swastikas made out of nuts and bolts. If you want to decorate your coat from the tools department of the B&Q Danish equivalent, so be it. But to arrange the hardware into swastikas and then let the Queen of Holland wear them on a tour of Germany is either a major fuck you or the biggest faux pas ever. Or both. 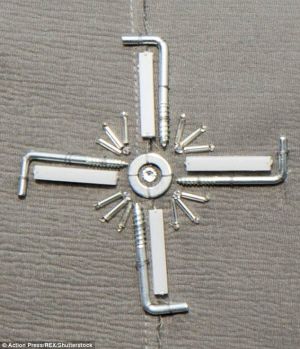 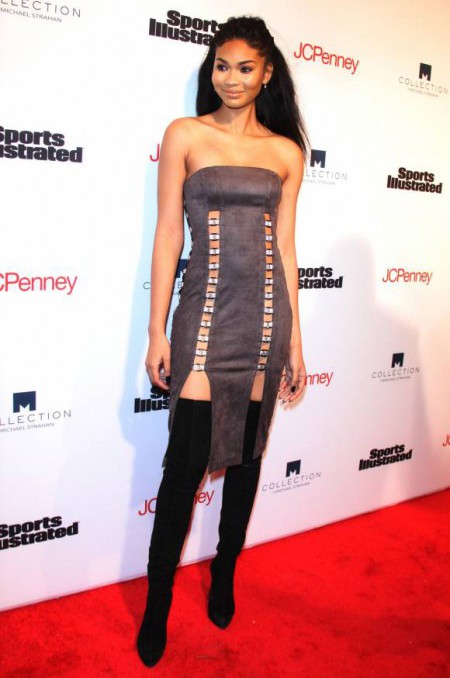 No one has owned up to designing this monstrosity, and is it any wonder? That Minge Flap is a whole It’s Got To Go on its own…. 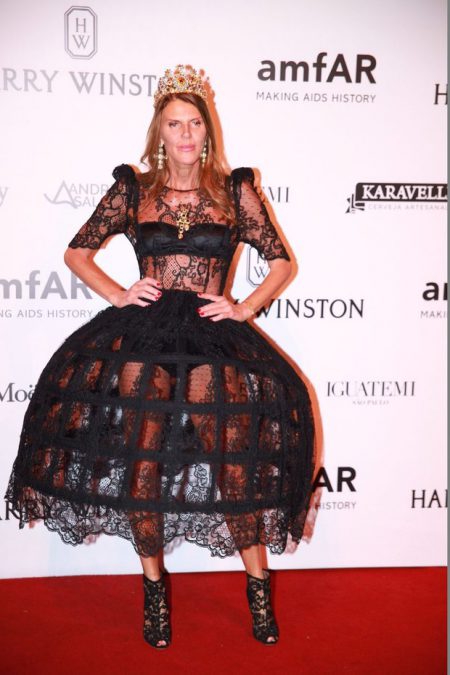 This is a crinoline. It is supposed to be worn under a dress, not as a dress.

And now one of the worst sights of 2016. If not ever. Here is the ghastly Kim Kardashian out and about in Iceland (the country, not the frozen food emporium)  wearing Spanx, more Spanx, and a lot of dead animal. The Yeezy trainers are designed by her husband, megalomaniac nutter Kanye West, and cost £535. Easy as you scroll down…. 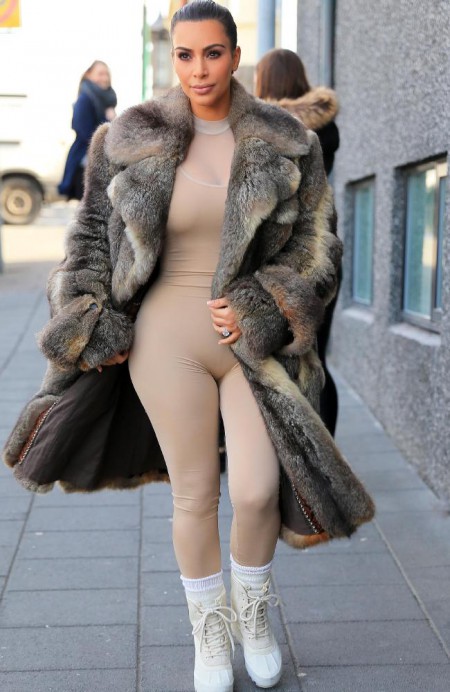 WTF does not know whether to be more offended by the camel toe, the coat or the socks. She watched the whole series of Icelandic crime thriller Trapped and not one person walked around dressed like this, although the hairy hero tended to wear his coat open to the elements, even in a blizzard. Kim – there is a blue lagoon nearby. Go and jump in it.

This week’s It’s Got To Go comes from WTF of Islington and concerns David Cameron’s “joke writer”, an oxymoron if ever there was one. His jokes are rubbish. Nearly as rubbish as Cameron’s ability to deliver a gag. This week in Prime Minister’s Questions, Cameron had some frightful pre-rehearsed line about Labour banning McDonalds from its Party Conference and a pun on John McDonnell the Shadow Chancellor. It was so bad that you wanted to hide behind your own sofa. I’m not Lovin’ It.  Not so much wit as shit. It’s Got To Go.

OK Readers, that’s your lot for this week. There has been a paucity of comments of late and you know how this sets WTF off worrying, so please hit that comment button and save her from further frown lines. But there have been top nominations for It’s Got To Go, so keep them rolling in. Let us meet again next Friday. Be good  x