This week radio presenter, newspaper columnist and celebrity Vanessa Feltz disclosed that 18 years ago she too had been sexually assaulted by convicted pervert Rolf Harris. WTF wrote about him last week, you may recall. According to Vanessa, she was interviewing Rolf on a bed for a TV show The Big Breakfast when he put his hand up her (long) skirt, inched his hand ever upwards and then slid it inside her panties, which is both a sexual assault and a criminal offence as well as a deeply revolting thing to do. Feltz recounted the story in her newspaper column in 2012 (but referring to Harris only as “a national treasure“, British libel laws being what they are). She also approached the Police before the trial and offered to give evidence but this was declined as there was insufficient time to investigate the allegation. 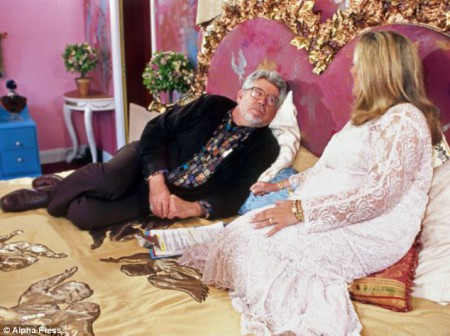 After Harris was sentenced, Feltz repeated the whole story in The Sunday Express and received a torrent of abuse on Twitter. According to these sages, Harris had higher standards than abuse her but if he had, he deserved another 5 year sentence for “piss poor taste”. Some prat called Ronnie Kimmel, who describes himself as a devoted husband and father, opined that if Harris had done it, he needed an eye test. Women were also quick to speak out. Tracy Linkin tweeted “Jesus! Rolf Harris must be sicker than I thought!” And so it went on…

Now as you can see from the picture, Vanessa is a large woman. And because she is a large woman, many saw the fact that she was sexually assaulted as a joke. Why would any sane man want to touch up a fattie? Why would someone like her have her bits groped, even by some disgusting old pervert?   We had the same stuff last year when Marion Bartoli, memorably and disgracefully described by the BBC’s John Inverdale as “not a looker”, won Wimbledon and morons various tweeted that she was too ugly to win and how “she wouldn’t even get raped, let alone fucked” and other illuminating aperçus which caused WTF to go into a fury and start trolling the trolls. Some people – male AND female – still find sexual assault funny and think that being fat or plain (or both) means you should be grateful to be touched up at all. Would Tracy Linkin like it if a man slipped his hand inside her knickers whilst she was at work? Would devoted husband and father Ronnie Kimmel appreciate Harris doing that to his wife and children? Or are they all so pulchritudinous that they deserve the honour of being assaulted?  It may be that some believe – erroneously, in WTF’s view  – that Feltz was jumping on the PR bandwagon but that does not entitle them to abuse her for being physically abused because she is not a size 8. In the 1980’s, as WTF aficionado Enid Shelmardine wisely pointed out, we had Benny Hill’s dirty old man chasing big breasted women about in the name of comedy. But WTF and others had hoped that the “ooh, er, missus, get your tits out” schtick, sexual assault as entertainment, was over. Sadly it seems that we hoped in vain. For shame.

Let us now consider the sartorial disasters of the week, starting with ubiquitous singer Rita Ora at the Wireless Festival wearing Fyodor Golan. 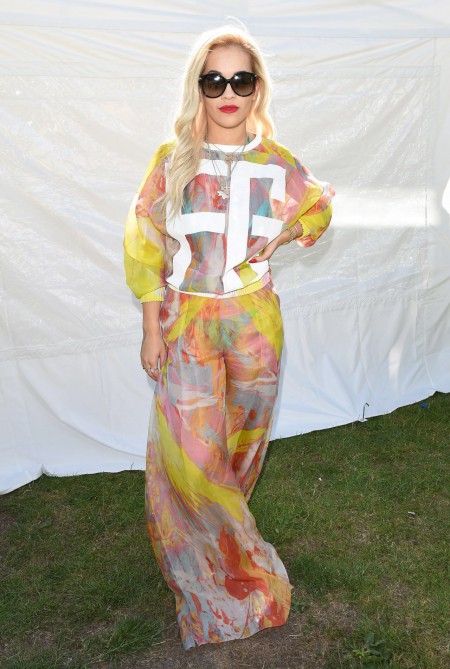 One would have thought that the law of averages would ensure that Rita would occasionally wear something half-decent – after all, even a stopped clock is right twice a day – but it seems that in her case the law of averages has been confounded. The visible blue undies are also to be deplored…. 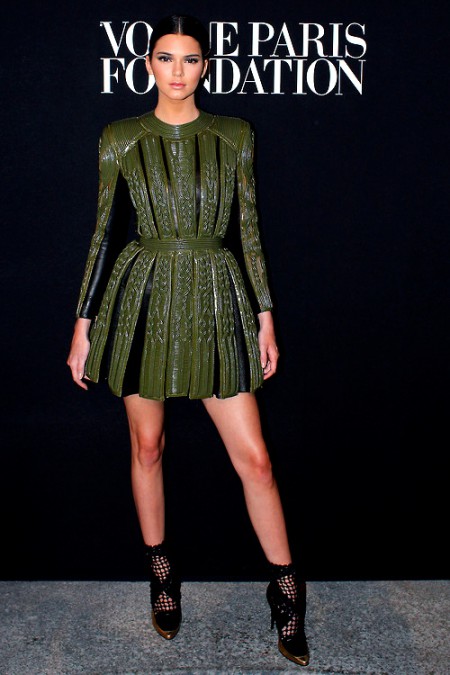 This is one of the ugliest dresses WTF has ever seen. Even someone as young and pretty as Kendall cannot get away with dressing as a Roman soldier dressed as a frog.

Next up is Oscar-winning actor Jared Leto, regularly voted Hollywood’s worst dressed man. You can see why when you see him dressed in Chanel at Chanel. 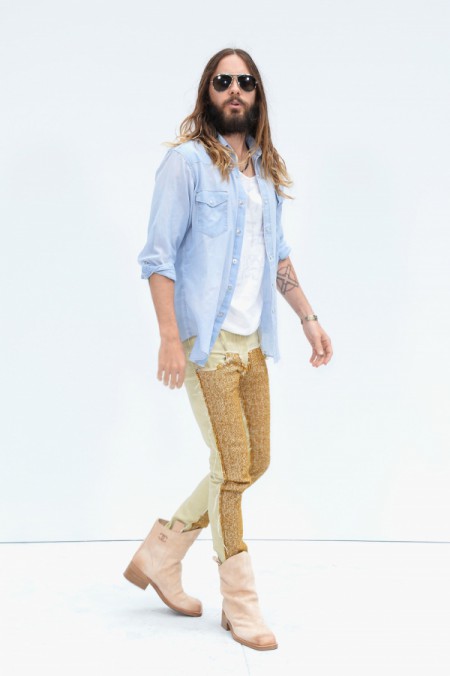 Those are very terrible jeans. They are actually women’s jeans. Yes really. And ridiculous boots. And a shirt that appears to have no relationship to either. And stupid hair. Not good. 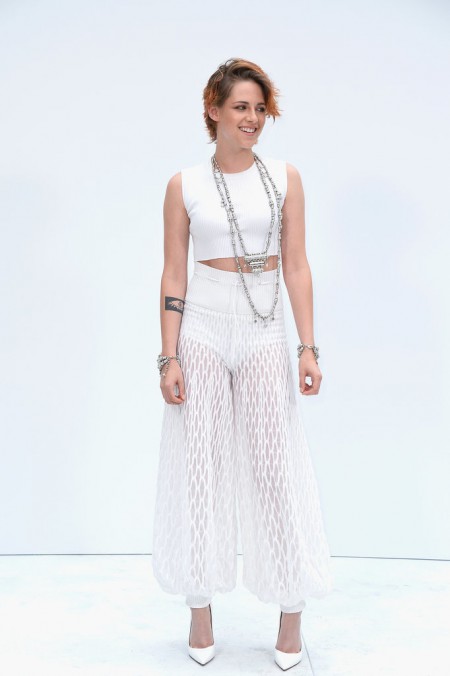 Why? Why has Chanel chosen Kristen, who has all the charm of Harry Enfield’s character Kevin the Teenager, as one of its Style Ambassadors? 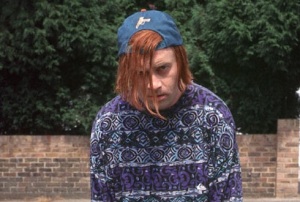 Why has she half-dyed her hair and why has she dyed that half the same colour as Kevin? And why is she wearing those awful, see-through, lattice-work trackie bottoms with built-in incontinence pad? So many unanswered questions…

This week’s It’s Got To Go, by popular demand, is Victoria Beckham. Victoria turned up in the Royal Box at the Men’s Wimbledon Final, looking about as happy to be there as someone undergoing a barbed wire enema. 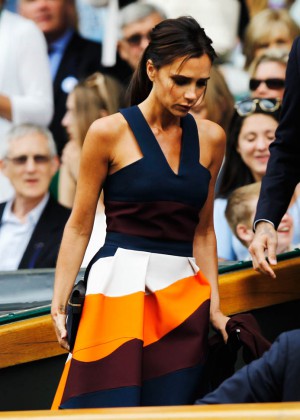 Victoria seemed to be willing the gripping five-setter between Federer and Djokovic to be over so that she could go home and not eat something. This pampered princess of pouting doesn’t give a toss about tennis but got to scowl and showcase her new frock (a very nice frock, as it happens) for the benefit of the cameras. Can WTF suggest that next year Mrs Beckham should claim to be washing her hair extensions and just stay away? 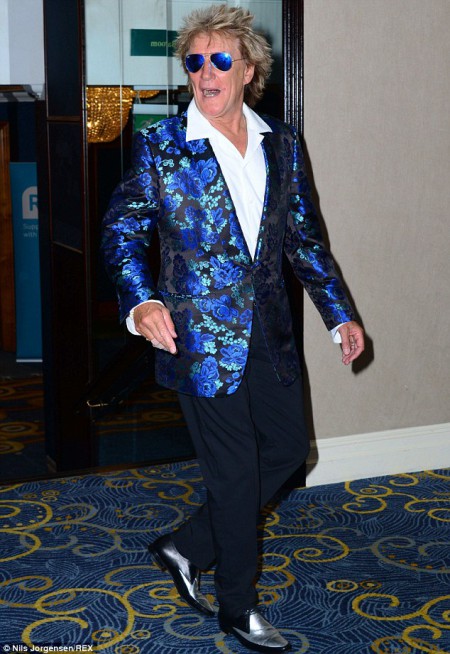 The awful jacket even eclipses the swirly carpet in its awfulness. Meanwhile one can understand why the combined glare of that jacket and those shoes would make Rod don the sunglasses but it does seem a touch tactless at an event for the blind.

Now we have model Daisy Lowe wearing about £500 worth of Nichole de Carle underwear and not much else. 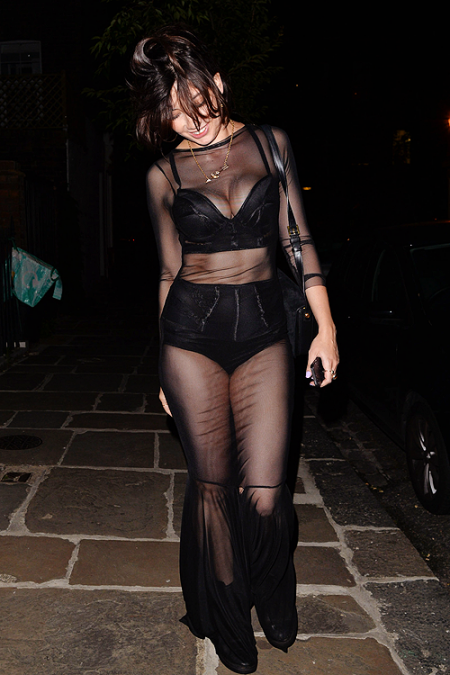 The back is equally putrid. 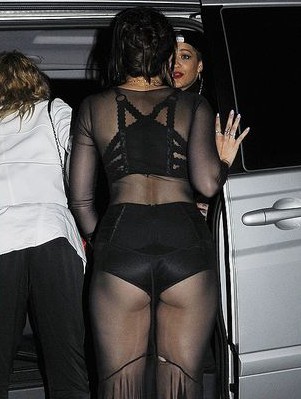 And it’s torn ….Daisy has form for going out and about dressed in a negligée and she is at it again, although it is probably not a coincidence that she has a new book out. The bra has more cantilevering than the Brooklyn Bridge and as we saw with Li Bingbing recently, rippling black chiffon gives the impression that the wearer has advanced cellulite. 

To the Virgin Atlantic launch of their new uniform, designed by Vivienne Westwood. Amongst the guests was singer Eliza Doolittle wearing concentration camp chic. 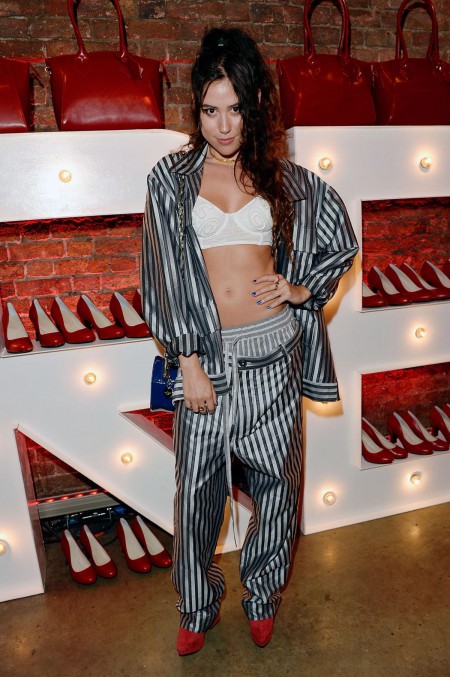 What The Actual Fuck? This is Auschwitz attire with a bra and Calvin Klein-style boxers. Does this woman even know what the hell she is wearing? Go away. Idiot.

Also at the party was the wonderful Debbie Harry. Only in this dress by Dame Viv and one of her Cabin Crew jackets, she doesn’t look wonderful. 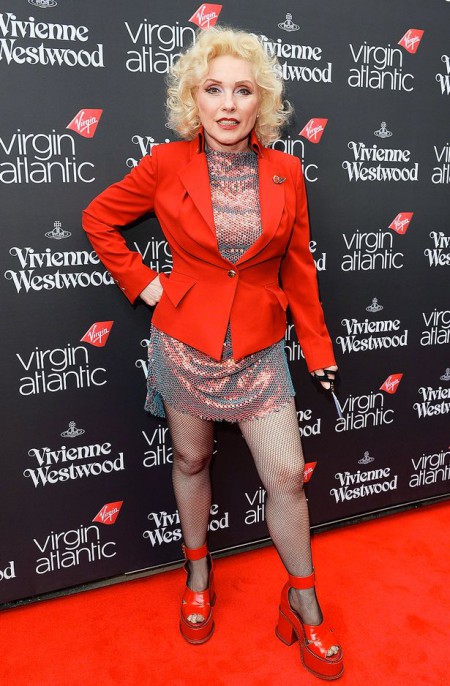 Yurgle. She looks as if she has come straight from appearing in the local Senior Citizens’ production of A Chorus Line and Viv has lent her a jacket to ward off the chill. And what the hell are those shoes?

OK Readers that’s your lot for this week. Keep those comments coming and your suggestions for It’s Got To Go and let us meet again next Friday (which will be WTF’s last blog before she disappears to the USA for a fortnight’s holiday). Be good x