Posted on September 4, 2020 by fashionshark

When WTF was growing up, (if she ever did – discuss), Russia and China used to be run by very elderly men in grey clothing with faces to match. If one of them was not seen for a while, it was a fair bet that they were either on life support or in the freezer awaiting the right moment to have their demise announced by weeping TV announcers on State television.  But now Russia is led by President Putin, who insists upon baring his chest at every opportunity  in order to show us how buff he is, while China is led by President Xi Jinping, who has a perennially youthful face and looks awfully nice, except that he isn’t. Both of them are 67 years old and look to be in the peak of health,  (which is more than you can say for their opponents, but that is another blog).

Over in the USA, which gave us Presidents Kennedy, Clinton, Bush the Younger and Obama, the country now faces a choice on 3 November between Donald Trump,  who is 74, and Joe Biden, who will be 78 if he takes office on 20 January 2021. Frankly, as WTF’s dad used to remark, both of them look as if they are walking around to save themselves funeral expenses. Supporters of each of them accuse the other of having lost it upstairs, even though Trump boasts that he can recognise an elephant and remember the words ‘Person Man Woman Camera TV’, not that those were the actual words in the mental acuity test he took at some point. Both of them wander off the point mid-sentence and get more words wrong than Mrs Malaprop. Added to that, although Biden was recently filmed riding a bike, Trump barely walks anywhere, not even on the golf course, and was seen recently tottering down a ramp at West Point with a terrified expression on his face and the gait of an ancient granny. And it is rumoured that he might have had a stroke or a series of mini strokes. Trump has a full head of hair, although whose hair is open to question, is hugely overweight, and covers his ageing skin with orange panstick. Biden is slight, has thinning white hair, and looks frail.  At the three election debates, everyone will be watching to see who can complete a full sentence without a gaffe. It will be like an endless argument at a family wedding between your two oldest uncles.

But there is no choice. Another four years of Trump, and America will be stripped of the last vestiges of decency, compassion, truth and sanity. Not to mention that WTF will probably have to be put away in a straitjacket.  Please, please, US voters……do the right thing.

After months of celebrity retrospectives, WTF is pleased to announced the return of actual summer celebritees in their sartorial slurry, starting with a WTF favourite Lauren Goodger wearing something foul.

Oh Lord.  Lauren does not give up,  does she? Looking at her in this nonsensical onesie is like watching a female leopard undergoing a cervical smear. And if you think that image is unpleasant, get a load (sic) of  Lauren in a paparazzo pic, i.e. one not susceptible to Instagram touchups…..

Next up, we have singer Will Young featured on the cover of The Sunday Times Magazine (he has a book coming out). This was sent in by WTF aficionado Norman from Belsize Park who was rightly appalled by what he saw over his weekend breakfast.

You what? This is even worse than Lewis Hamilton wearing that ridiculous Tommy Hilfiger kilt, and is more like the lovechild of Rob Roy and Boris Johnson on his recent midge-infested holiday in Scotland.

Kulture (kill me now) is two years old. Kids of that age want kandy and kake. They do not want Mummy swanning about in fuck- me shoes, threatening an imminent Minge Moment and flashing her tattoos.

Say hallo to singer Rihanna at the launch of her new skincare range, Fenty Skin, and wearing her own clothing range, Fenty.

The Fenty skincare is obviously working because she looks glorious – from the neck up. But the cheap-looking leather dress makes her appear to be standing in a mound of ordure and those sandals are more Up Pompeii! than Roman. 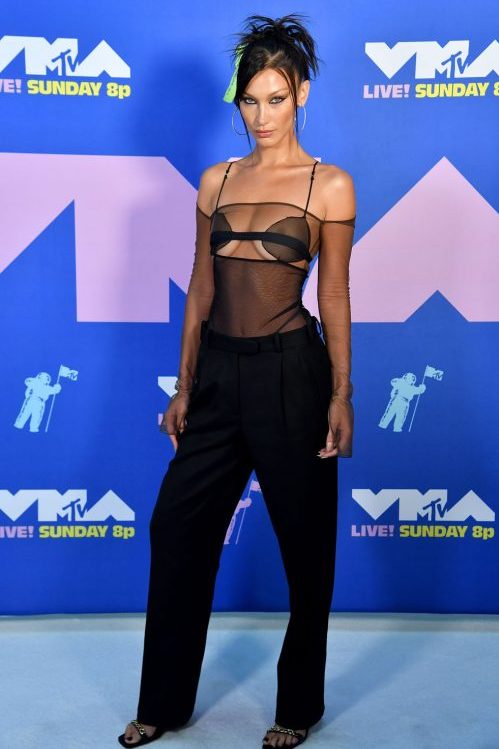 WTF has taken against Bella, not least because she looks like Melania Trump’s little sister, but also because she has a permanently farouche expression. Not to mention that Nensi has put her in a pair of black nursing pads under an old pair of tights and called it a top.

There was a time when singer Miley Cyrus was always in WTF wearing arse-and-boob-baring items in an effort to ‘épater les bourgeois’. Then she went respectable and got married. Then she got divorced and is back to her old ways. Here she is wearing Mugler. 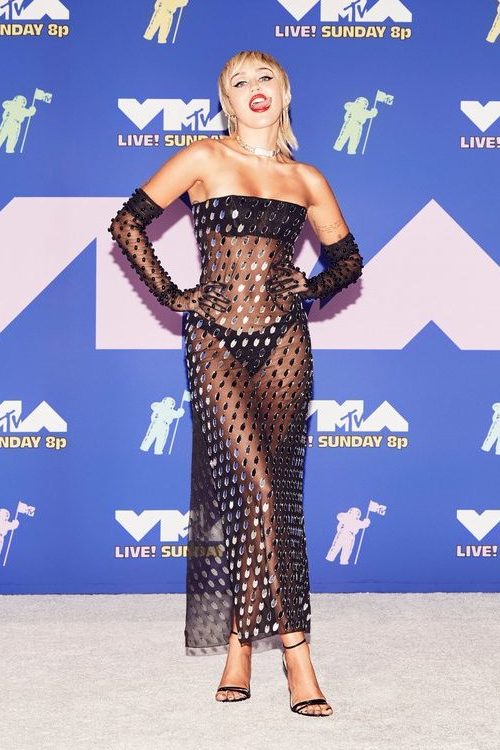 It’s a sparking shower curtain with a bandeau bikini underneath. Yawn. Are we really still doing this?

The colour is actually rather wonderful, albeit somewhat of a challenge to the music world’s collective retinas, but a sleeveless polo neck and pearls? Absolutely not. And why he is pretending to be actor Owen Wilson? 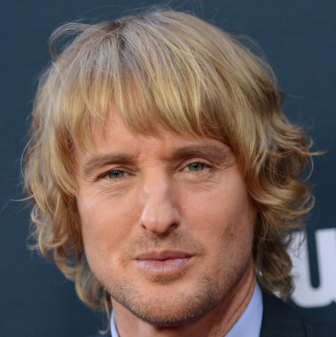 Now to the premiere of actress Tara Reid’s  new film ‘Attack of the Unknown’. She is wearing Stello. 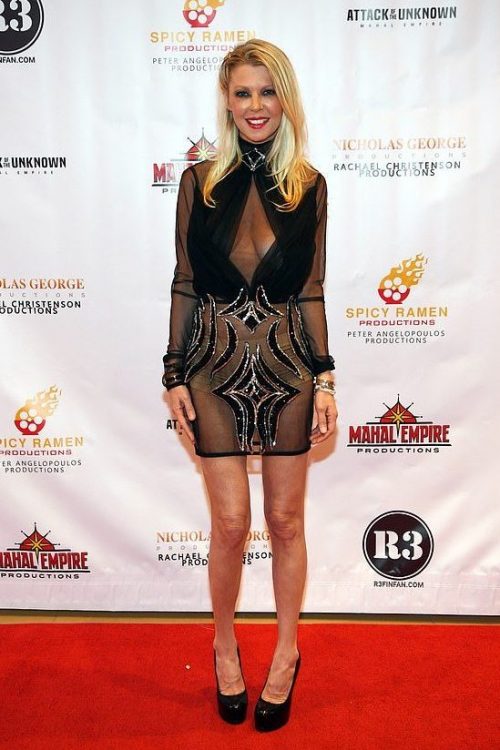 Another Minge Moment brought to us by Minge Maestro, Michael Costello. Stello is his ready-to-wear range, but no-one in their right mind would be ready to wear this. Tara’s little leggier are not flattered by the length of this thing and that is not so much a tit window as an open doorway. 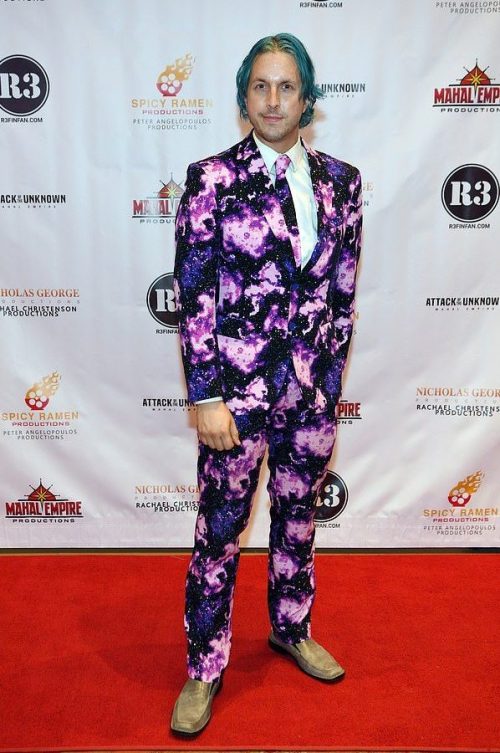 Opposuits are supposed to be fun, but this kaleidoscopic nightmare is as much fun as a barbed wire enema, especially when worn with a MATCHING TIE, scuffed beige shoes and, FFS, blue hair. It is as if someone had thrown up over a smurf. 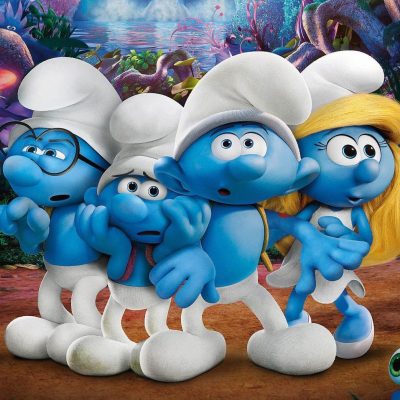 And finally this week, here is Ezra Miller at a UNICEF Gala in Capri, wearing Mônot. Careful how you go with this one…..

JUST. MAKE. IT. STOP. Billy Porter he ain’t. It was bad enough looking at Tara’s giant tit window, but this is a new one, even for WTF. This is a chest casement.

This week’s It’s Got To Go comes from WTF aficionado Sue from Islington (supported by WTF, also from Islington) who has taken understandable exception to the new Arsenal away kit. It has gone all poncy. Look.

Arsenal’s away kit has always been some variation of yellow and blue. Now it is the same colours as the home kit, red and white, and is purportedly inspired by the marbled halls of Highbury, its former Art Deco ground. That is all well and good, but to Sue, WTF, and countless others, the shirt is more reminiscent of someone covered in blood after multiple stab wounds. Death by a thousand cuts….. It’s Got to Go.

OK Readers, that’s your lot for this week. Do not forget your excellent suggestions for It’s Got To Go. Let us meet again next Friday. Be good, be careful, and keep washing your hands! x