Admittedly like the rest of the population, WTF is suffering from some sort of advanced heatstroke, but try as she might, she simply cannot remember Brexiteers telling us that if we voted leave, we might be leaving without a deal. Nor can she recall being told that leaving without a deal would mean that we would all have to start stockpiling corned beef, tomato soup, and baked beans in anticipation of that glorious moment at midnight on 29/30 March 2019. Normally, there would be street parties but it seems that there will be sod-all to eat. WTF advises you all to dash down to the off-licence and buy in a few bottles of Prosecco and some of those nice Dutch cheesy nibbles, because there is no chance of being able to afford them once we have reclaimed our sovereignty and told M. Barnier to stick his customs union where the sun don’t shine. No, it is back to the halcyon days when Blighty stood alone against the Hun. So what if food was rationed? Everyone was thinner and healthier (that is, until a bomb landed on their house and blew them to smithereens). We all pulled together to the sound of Dame Vera Lynn. Gosh, it was good.

Here is what you were allowed every week in 1940.

Thanks to the stalwart efforts of Nigel and Boris and David and Michael and Gisele and Jacob and their pals, Britain will soon regain both its dignity and its waistline. Ok, everything will taste like shit, but isn’t a powdered yolk a price worth paying to be rid of the yoke of Brussels? Just think of the camaraderie as you and your family sit down to a plate of Lord Woolton Pie (basically carrots and spuds under a potato pastry crust), or tuck into a plate of snoek and chips. (If you are wondering what snoek is, it is a species of snake mackerel. Apparently it is very low in fact, and tastes absolutely disgusting. During the war, most Brits found it so repulsive that they preferred to go hungry, but stick a bit of curry sauce on it and anaesthetise yourself with some clandestinely-obtained claret, and you won’t even notice how horrible it is until you throw it up later). Nothing comes without sacrifice.  Particularly stupidity.

Oh, by the way, could you please try not to get ill? Or if you do, can you get ill with something that does not need to be treated with medicines made abroad? Because it seems that there will be a shortage of those as well. Still, not to worry. According to Jacob Rees-Mogg, after fifty years everything will be tickety-boo again. Just be patient. And in good health. And have a trust fund and a house in Provence. It will be all be fine…..

WTF is taking a summer break so this is the last fashion round up until 17 August. Let us begin with actor and singer/rapper Daveed Diggs. wearing Agnès B.

He is cute, but the suit is like having your eye super-glued open to the viewing end of a kaleidoscope. And the striped socks are definitely de trop.

Next, we have English rose, actress Lily James, wearing Hellessy. 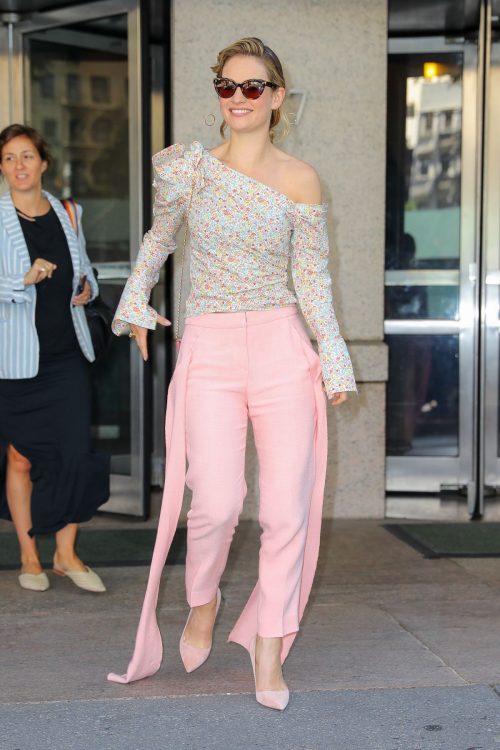 Ww came to know Lily in Downton Abbey, where she gave a performance so wooden that Equity started receiving applications from items of furniture. She is now quite the movie star, and is currently starring in Mamma Mia 2 in which ageing thespians again warble crap songs out of tune against a Mediterranean backdrop. Lily’s pink trousers appear to have their own attached toddler reins. 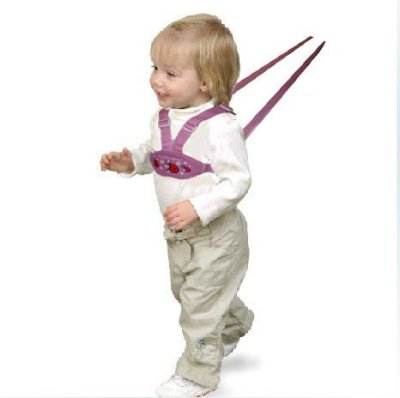 To the US and basketball player Chris Paul of the Houston Rockets, wearing Dolce & Gabbana. WTF aficionado Andrew Purcell will not be happy to see someone from his home town dressed like this. 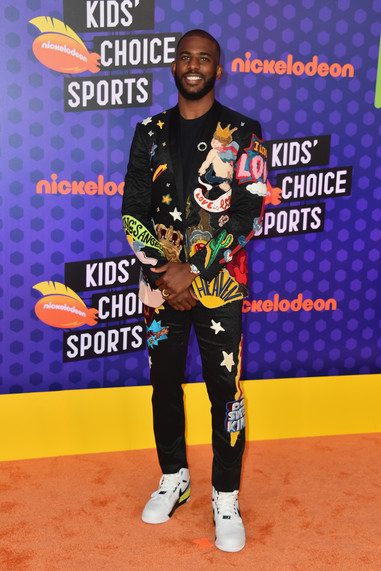 Last week’s quintessence of queasiness in the manly shape of American footballers and basketball players was a big hit, so here is another one. Chris has decked himself in kiddies’ wrapping paper, and is clashing horribly with the event logos, but it was a child’s thing so at least he got into the spirit of the occasion.

There was no room last week for designer Celia Valverge at the Vogue party in Spain, wearing herself.

If the opera curtains at the Teatro Real in Madrid went to a fancy dress party dressed as a pervy bishop, this is what they would look like.

To Newcastle and Sophie Kasaei, ‘star” of Geordie Shore, wearing Pretty Little Thing trousers and not enough else. 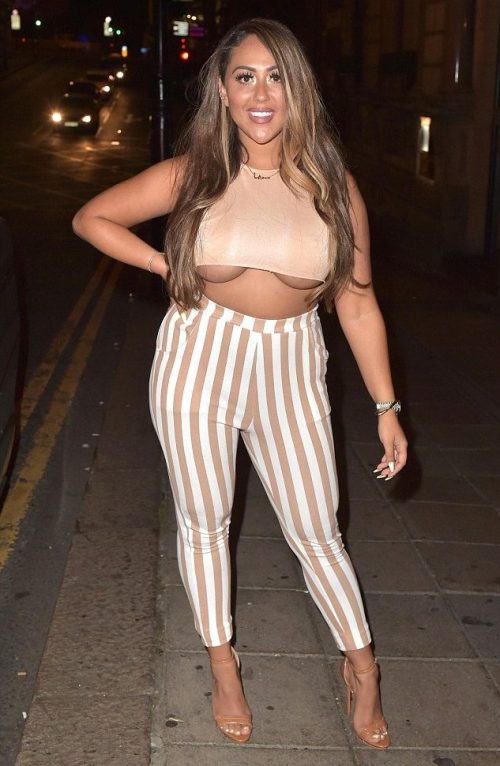 The trousers are a trifle snug around the lady parts, but that is like quibbling about the finish on the deck of the Titanic as it went glug, glug, glug, to the bottom of the ocean. That is not a top. That is a child’s napkin intervening  in a brave quest to save Sophie’s nipples from a public outing. Citizens going about their business in Newcastle should not have to see this sort of thing. In fact, no one should. Actually, that is WTF aficionado Yvonne Ridley’s home town. She will not be happy either……

Now we have actor Ezra Miller at Comic-Con in LA.

Ezra is dressed as a transgender toadstool. Why is this even happening? There is costume. And there is weird. Guess which one this is?

And now, two nightmares from the Maxim Hot 100 Party in Los Angeles. First up is actress Porscha Coleman.

There is a serious design fault when there is more material in the sleeves than in the rest of the garment. And, as WTF has remarked before, if you have to keep your hand over your minge, there is something fundamentally wrong with your dress. And with you for wearing it.

Stello is the new name for the clothing line M T Costello, designed by Minge Maestro, Michael Costello, a man incapable of sewing up a seam. No gap is too big for Michael to leave untouched by a needle and thread. Whilst there is a surprising amount of skirt, there is a horrifying amount of tit bursting out of an origami tit window. One is tempted to observe that the current chest support is rather  inadequate.

This week’s It’s Got To Go comes from British taxpayers various who are forking out for Boris Johnson to occupy the grace and favour £20m residence at One Carlton Gardens, SW1. 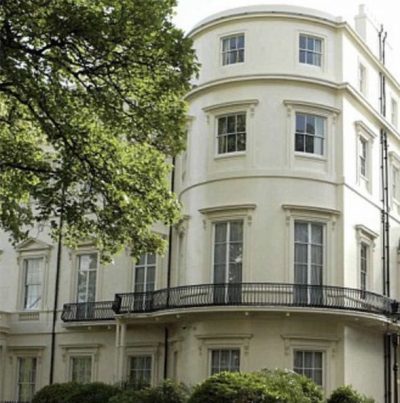 The problem is that Boris has no grace and there is no reason to do him a favour. The house is for the use of the Foreign Secretary, and he relinquished that post three weeks ago. And yet he is still living there, whilst his own house in Islington is rented out. To which WTF says, tough shit. Boris earns a fortune from the Daily Telegraph, in addition to his MP’s salary, he is going to get a £17,000 payoff as Foreign Secretary, plus he has the rent from his home and his wife is a QC. He is worse than a squatter. He is a schnorrer. Go to a hotel. Phone up Airbnb. Stay with family. There is no defence. Boris has Got to Go.

OK Readers, that’s your lot for this week. Keep sending in your top comments and your excellent suggestions for It’s Got To Go. Let us meet again on Friday 17 August. Be good x