Posted on September 29, 2017 by fashionshark

WTF loathes Nigel Farage. Because of Brexit. Because of UKIP. Because he trousers £80,000 a year plus generous expenses as a Member of the European Parliament, an institution he reviles and hardly ever attends. Because he is always on TV. Because his piss-poor radio show is on five days a week. Frankly, any one of these would suffice, let alone all of them.

And Farage keeps bad company. In 2012, he met Steve Bannon, the neocon who resembles a tramp, and then-Senator Jeff Sessions. Through Bannon, Farage met Trump and Trump’s mate Roger Stone, whom the FBI is currently pursuing for all manner of alleged dodginess and whose probity has been questioned this week by a House Committee enquiring into Russian interference in the 2016 Election. After Trump’s electoral triumph last November, Farage and Piers Morgan battled it out for prime position up the Presidential rectum. Farage won and was photographed in Trump’s golden elevator and touted by Trump (unsuccessfully) as the future UK Ambassador to Washington. In January, Farage told his radio listeners there was no link between the Russians and the hacked Clinton documents published by Julian Assange on Wikileaks to the great detriment of her campaign. Trump denies any link between his campaign and Russia or between his campaign and Assange, though Stone predicted a firestorm would befall Clinton even before her campaign knew it had been hacked. In March, Farage dined with Donald and Ivanka Trump and Jared Kushner. Days later, he was seen emerging from the Ecuadorian Embassy in London, where Assange is holed up like an a white rat. Farage first claimed that he couldn’t remember why he had been there, but later claimed it had been to meet Assange for “journalistic reasons”. Smell something funny? Skunks would retch.

Earlier this month, Farage was in Germany to speak at a election rally for the far-right AFD party, which this weekend got 13.3% of the vote. The AFD hates Islam,  immigration and the EU so you can imagine how well Farage was received. On Monday, he was in Fairhope, Alabama to support Judge Roy Moore who was running for the Senate seat vacated by none other than Jeff Sessions. Moore is more toxic than Chernobyl. He thinks 9/11 was God’s punishment for the legalisation of sodomy and abortion. As a state judge, he denied a lesbian mother custody because “Homosexual behavior is crime against nature, an inherent evil, and an act so heinous that it defies one’s ability to describe it,” and because homosexuality makes for an “an unfit parent.” He objected to Keith Ellison taking his seat in Congress because as a Muslim, he would take the oath on the Koran. Given the assortment of fruitcakes in UKIP, including the nutter who thought the 2013/2014 floods were Divine Retribution for legalising gay marriage, Nigel was right at home in Fairhope and went down big with the crowd, railing against Big Business, Banks and Multinationals, the Liberal Media, people wanting to tear down statues, those blocking Trump’s agenda and “the enemy within”. WTF is particularly amused by Bannon’s and Farage’s rejection of Big Business. The former made a fortune at Goldman Sachs. The latter has often moaned how much money he gave up to go into politics from stockbroking. Lady Bracknell advised her nephew “Do not speak disrespectfully about Society, Algernon. Only those who cannot get into it do that”. In neo-con-land, the biggest decriers of banks and multinationals are the ones who made a ton of money from them.

So Farage is to be deplored not just for his pals in the UK but his pals abroad. As Aesop observed, “A man is known by the company he keeps”.  Indeed he is.

We start our review of the week’s sartorial shockers with singer Mel B on the set of America’s Got Talent (she is a Judge), wearing Elia Nadi. 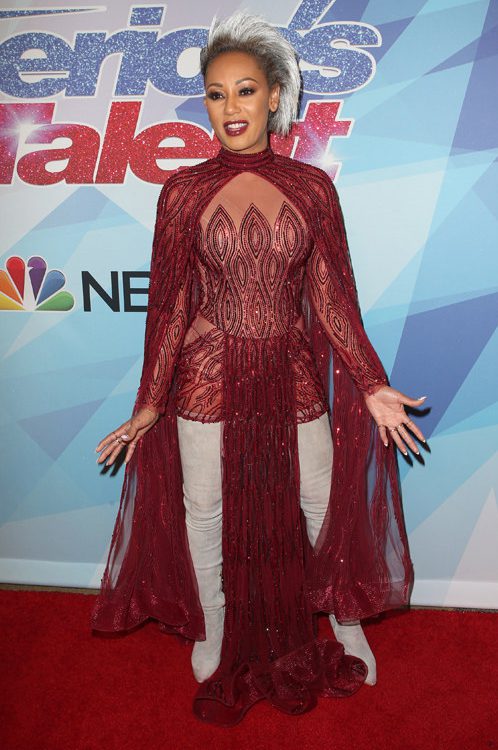 Mel is appearing in a production of Aladdin Goes Streetwalking. The whole thing is preposterous, from the badger’s bum hair to the crotch-high boots to the minge waterfall. WTF would like a rub a magic lamp and make Mel B disappear – for good.

Singer Shania Twain was a guest on the finale of AGT. 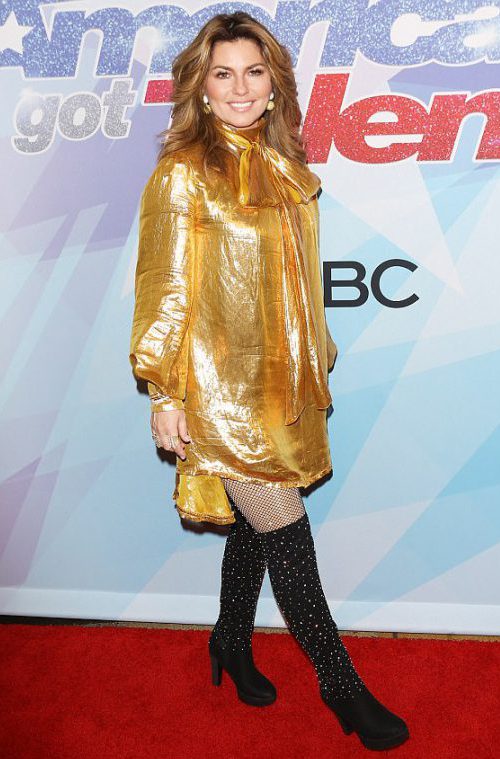 If a choirboy went to a fancy dress party as a packet of freshly-ground coffee, this is what he would look like. As for the fishnets and studded boots, WTF prefers not to speak of them.

To the iHeartRadio in London where we encounter singer Harry Styles wearing Gucci. 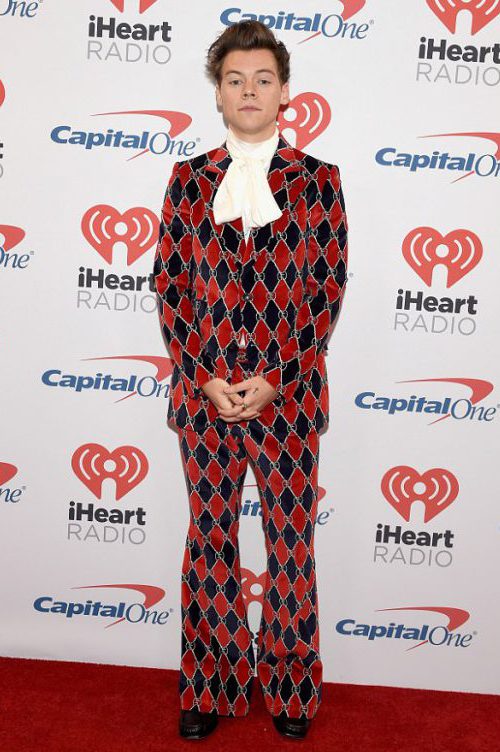 Gucci has copied Cezanne’s harlequin costume from Mardi Gras and has given Harry a clerical bib to go with it. He should do a duet with Shania. 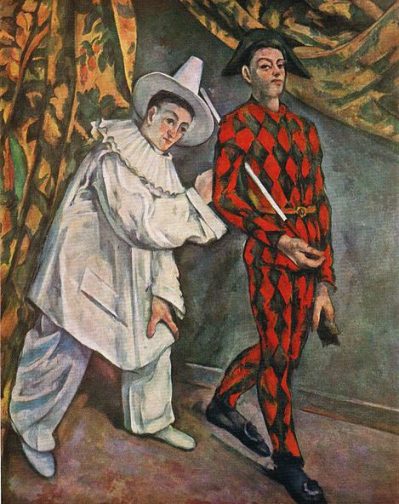 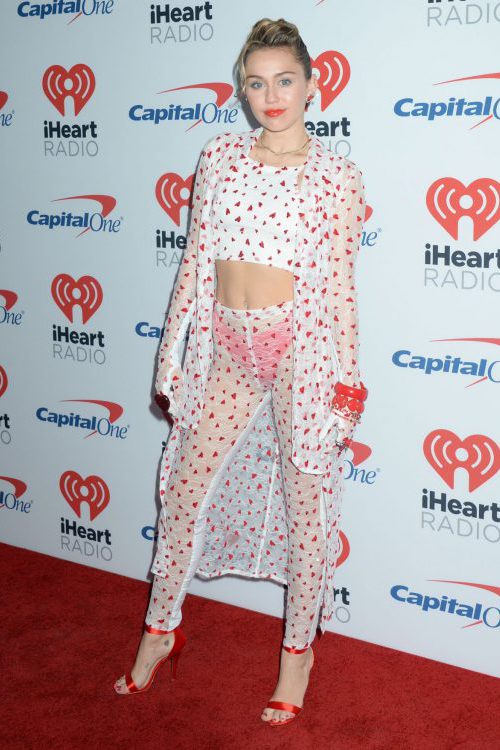 Miley has not featured in the blog for some time but she has slipped back to her old ways in see-through jim-jams and wrap. Why is the top lined but not the crotch? Great sandals though. 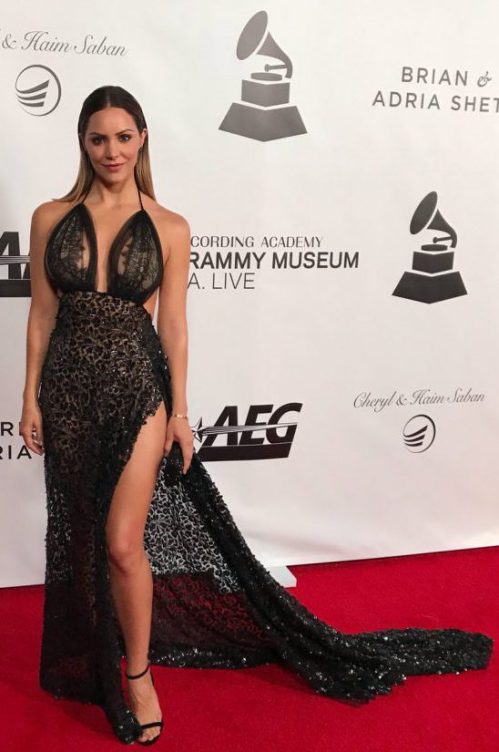 Why does Katherine have a couple of coconuts plonked on her chest? Just plain weird.

This is actress Bella Thorne out and about in LA. She is in here a lot. 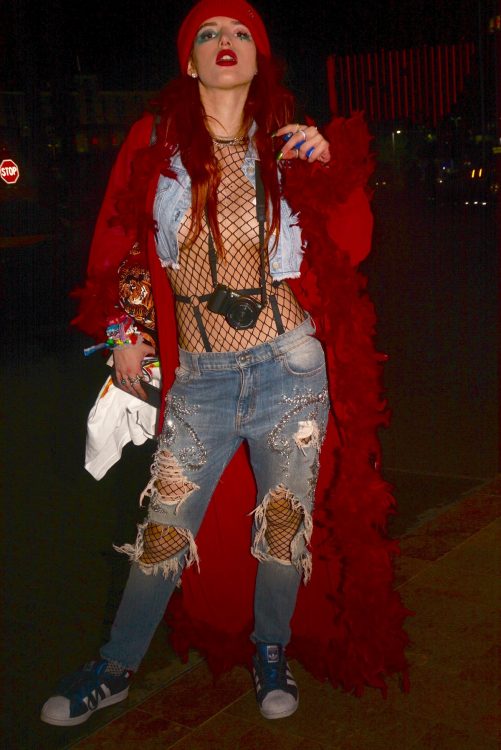 Bella looks like one of those unfortunates forced to rummage though bins, like Steve Bannon’s young companion. All that is a missing is a bottle of cheap cider….

Meet Ghanian-born comedian Michael Blackson (right), seen here with another comedian, a person going by the name of White Yardie. 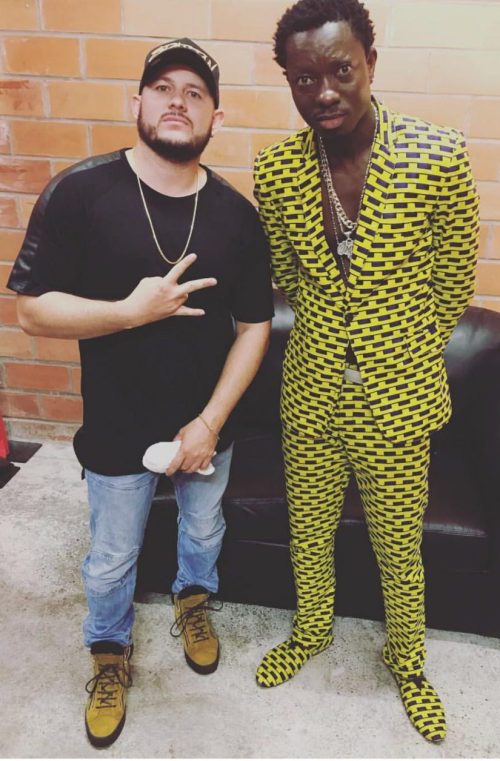 Michael looks like a caterpillar, which has the merit of novelty and the demerit of being daft. 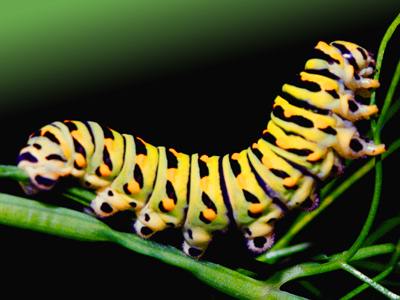 Next up, we have former Strictly Come Dancer, Ola Jordan at a charity event in London. 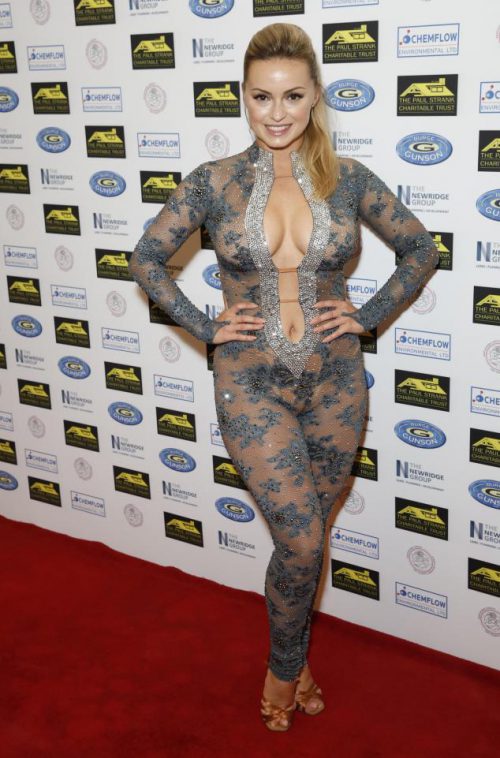 Charity beings at home, which is where Ola should have left this floral body stocking with plunging peekaboo and exposed bellybutton, patterned with decaying vine leaves.

Racing driver Lewis Hamilton is often seen on these pages but he has hit the buffers with this Missoni ensemble worn at Missoni’s Show at Milan Fashion Week. 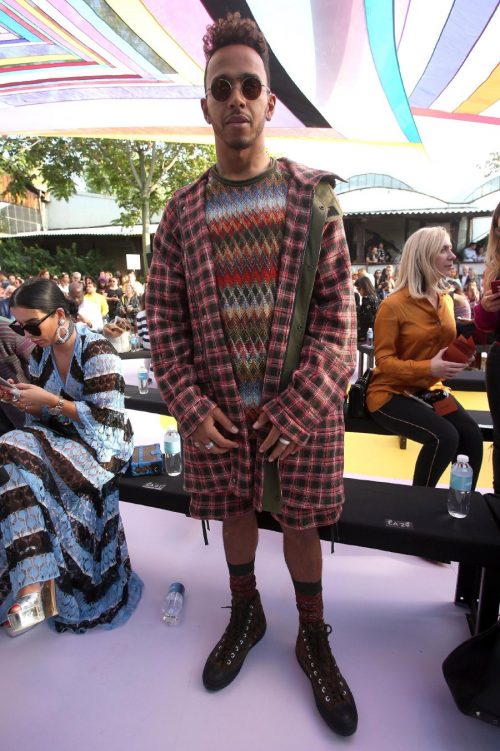 And you thought Harry and Michael were bad? One word for Lewis. Prat. Two more. Fashion Victim. Three more. What the Fuck?

Finally, here is hardy perennial, singer Mariah Carey out for dinner in LA with boyfriend and backing dancer, Brian Tanaka. 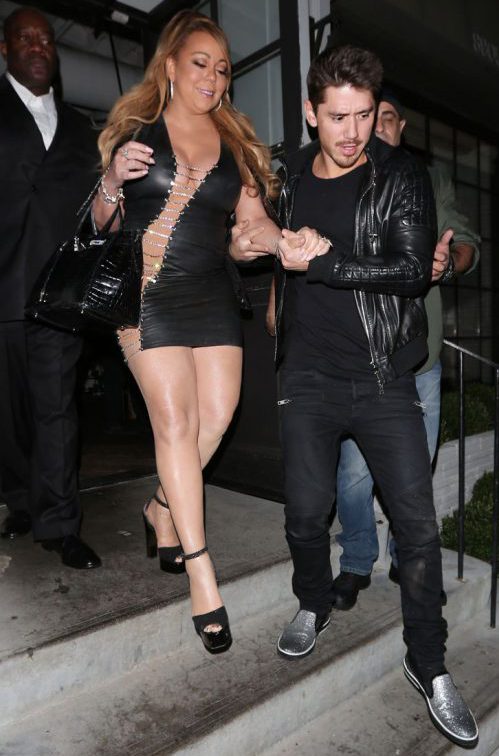 Mariah always has to be supported because she insists on tottering about in towering heels so it falls to Brian to prop her up as she descends the steps in platform trotters and a dress, not that it is a dress, that looks as if it has simply given up. The indentations from those metal pins must have lingered for days afterwards. WTF also fears for Brian’s back….

This week’s It’s Got To Go was prompted by complaints from Steve of Muswell Hill and Dan of Hertfordshire, both of whom were pissed off by aspects of the Labour Party Conference this week. Steve and Dan (like WTF) were stunned by the omission of any discussion of Brexit in Corbyn’s speech (which WTF thought was otherwise his best to date). It is only the most important issue this country has faced in decades. How can you talk about being Prime Minister without setting out your vision for how it will work? Dan (like WTF) was also angered by the fact that white Christian men dismissed anti-semitism in the Party on the basis that they themselves had never encountered it. Well, there’s a surprise. It is like a man saying he has never had period pains. Indeed, trade union leader Len McCluskey went further and said that anti-Semitism was invented by those seeking to undermine Corbyn. It’s-not-happening is not the basis of getting to grips with these major problems, lads. It’s Got To Go.

OK Readers, that’s your lot for this week. Please keep those comments coming in as WTF values them like anything.  And don’t forget your excellent suggestions for It’s Got To Go.  Let us meet again next Friday. Be good x