WTF Not Me Guv Special

No-one, not even the neighbours’ goldfish, was surprised to learn that FIFA is corrupt as fuck. Nevertheless, the news that the United States’ Attorney-General, an indomitable woman by the name of Loretta Lynch, was on the case was certainly a surprise. That she had persuaded the Swiss Gendarmerie to arrest FIFA bigwigs various at 6 am in Zurich, where they had gathered for the FIFA Congress, was a fabulous surprise. Do something iffy with a dollar account, whether or not you are a US citizen, and you will be pursued like a pig snuffling out a truffle. Which is why a lot of dodgy FIFA officials nestling happily under their 600-threadcount bed linen in their £3,000-a-night suites at the Hotel du Toff awoke on Wednesday to the unwelcome sight of a copper standing over them and were frogmarched out, hidden under one of the said quality sheets, to await extradition. Sadly, slime-bucket President Sepp Blatter was not amongst them but we are all living in hope.

Over the past 20 years, Blatter (now 78) has created a system of acolytes that would have the Medicis drooling. Official after official has been found to have given or received bribes. The 2018 World Cup was won by Russia in a process so transparent that the Russian FA destroyed not only the documents but the very computers upon which they were stored. The 2022 World Cup went to Qatar, a place hotter than Hell in a heatwave, with The Sunday Times and The Telegraph revealing skulduggery on a massive scale. The 2026 competition will probably be held on Mars, always provided that it can set up an off-shore bank account in time. In New York a bloated shyster called Chuck Blazer, whose accumulation of (undeclared) funds as a FIFA official allowed him to rent two Manhattan apartments, one for him and one for his moggies (giving a new meaning to the term “fat cat”), is now singing to the authorities like the operatic canary equivalent to Placido Domingo. No one knows how much Blatter earns but we do know that FIFA’s annual income is some £3.7bn with  £1bn on reserve. And it pays no tax under Swiss law because it is supposed to be a not-for-profit organisation.

Despite the arrests, the public outcry and the calls for his resignation, Blatter today goes for his 5th consecutive term as President, having abandoned his promise in 2011 not to run again. And he is expected to win because he has strong support amongst the countries whose bread he has so liberally buttered over the years in building their footballing infrastructure. Indeed, when addressing the Congress yesterday, Blatter had the effrontery to suggest that he was the man to clean up the corruption despite presiding over it for over 2 decades. He was not responsible, you understand, because he cannot be expected to watch everybody – especially when he is so busy applying financial lubricant to the nether regions of the emerging nations to get their support. It is time for the UK Associations and anyone else with even the remotest sense of decency to get out of FIFA and tell it where to stuff its competition. This will have the additional benefit for England of sparing us the inevitable failure consequent upon our taking part so maybe we should boycott UEFA as well. And to watch the murky revelations continue…..

We turn to the sartorial shockers of the week.

Last Saturday saw the culmination of the greatest love story of the age. I refer of course to the wedding of ex-Corrie actress Michelle Keegan and ex-TOWIE celebritee Mark Wright. In keeping with the romance of the occasion, the creosoted pair were kept hidden from public view, having flogged the occasion to Hello!, but we did get to see mother of the groom Carol Wright, also from TOWIE, wearing ReneK Couture. 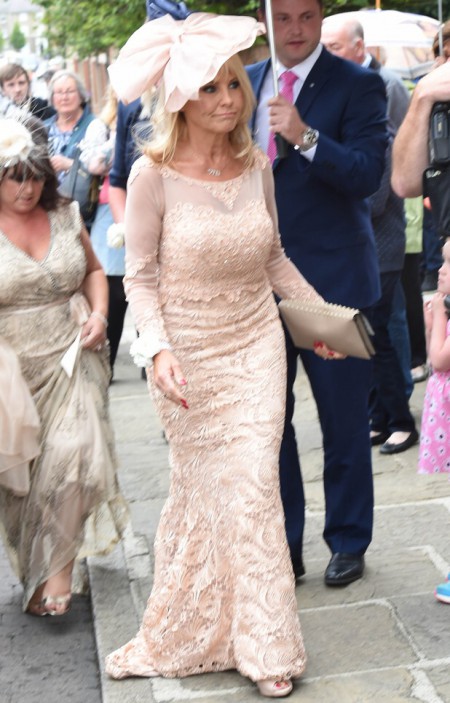 ReneK Couture? More like Reek Couture. This is a nylon net curtain (and very unflattering around the tits department) worn with a stupid hat. The last time WTF saw an outfit like that was in 1971 when Lee Grant and Walter Matthau played the parents of the bride in Plaza Suite. For reasons too complex to go into, Lee sticks her head out of the window, drenching her hat in a rainstorm – and looks just like Carol here. 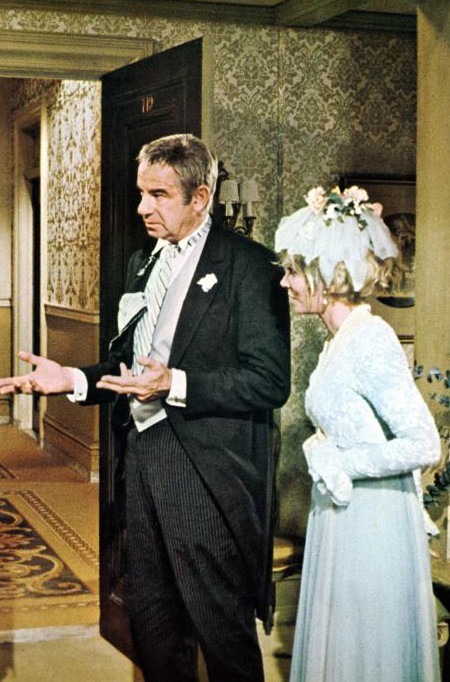 As for the lady next to Carol with the large bosom and the floral fascinator, there are no words.

Next up, we have Rihanna out and about in New York. 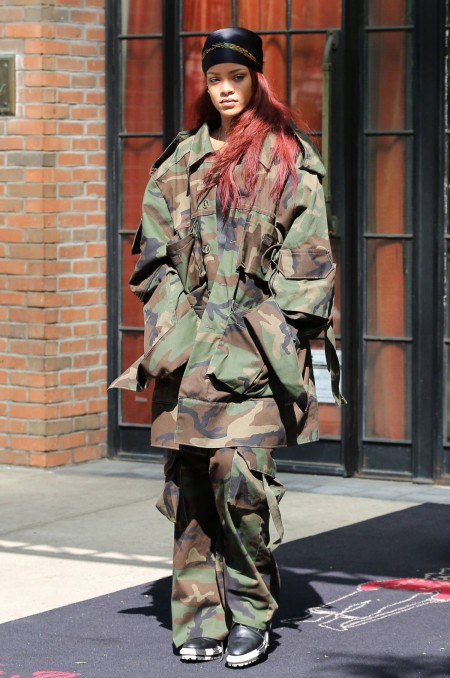 Er…Rihanna’s khakis are so capacious that Sylvester Stallone, Steven Segal and Chuck Norris could all fit into them with her and still have room to spare (now that would be an interesting movie). Questions also have to be asked about the helmet.

Here is one of the stars of Spy, Jude Law, wearing a most ridiculous ensemble at the London première. 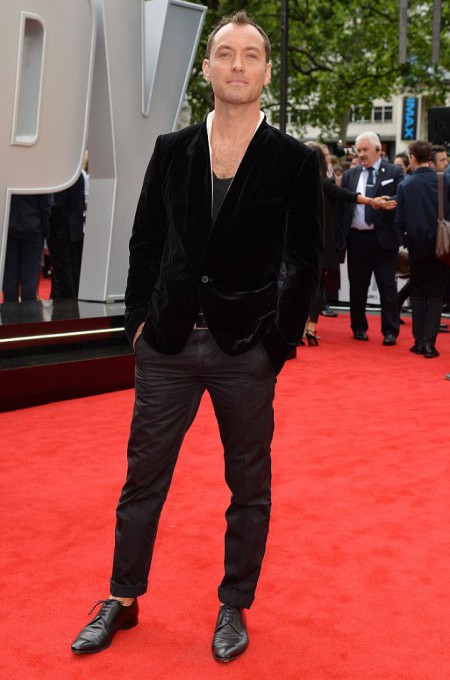 Hairy moobage, a Little Lord Fauntleroy velvet jacket with visible lining and brogues without socks (which WTF hates almost above all things) whilst that little tufty thing on his head is reminiscent of Tintin. 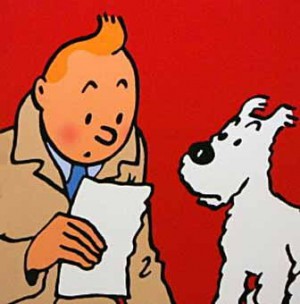 Next we go to Dublin and the Irish Film and Television Academy Awards to meet TV presenter Amanda Byram wearing Umit Kutluk. 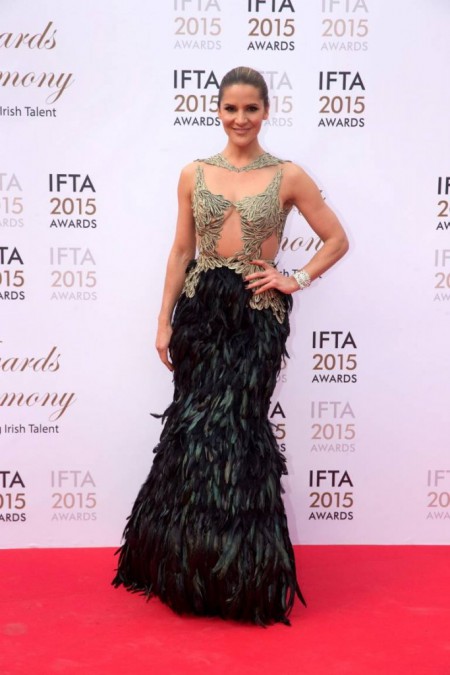 Another première, this time Aloha and its star Rachel McAdams wearing Self-Portrait. 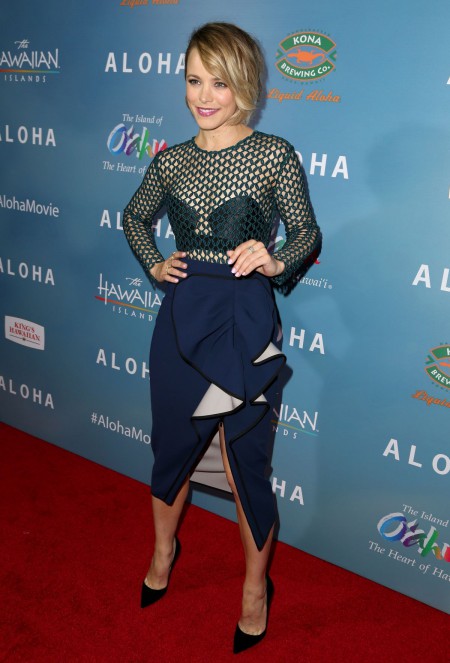 WTF could live with the skirt but the low-slung triangular bra is just plain weird and the top is like the wire mesh you speak to prisoners through on TV crime programmes. 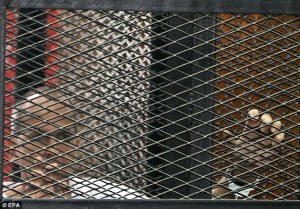 We turn to the final knockings of the Cannes Film Festival where we encounter actress Sienna Miller wearing Gucci and actor/director Xavier Dolan wearing Louis Vuitton. 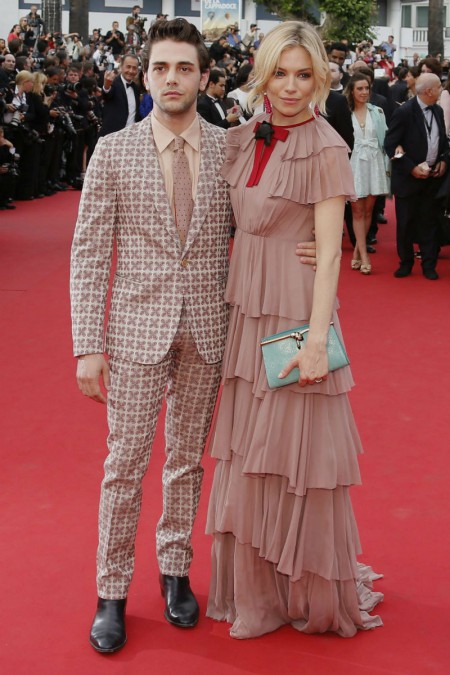 A perfect pair of puce pillocks. She is dressed as something out of a John Wayne Western and his suit is made from a roll of discarded Osborne & Little wallpaper. What Sienna’s blue bag has to do with price of fish, WTF cannot say.

What it is with tiers? Meet Georgina Chapman, the creative designer of Marchesa, wearing one of her own frocks. 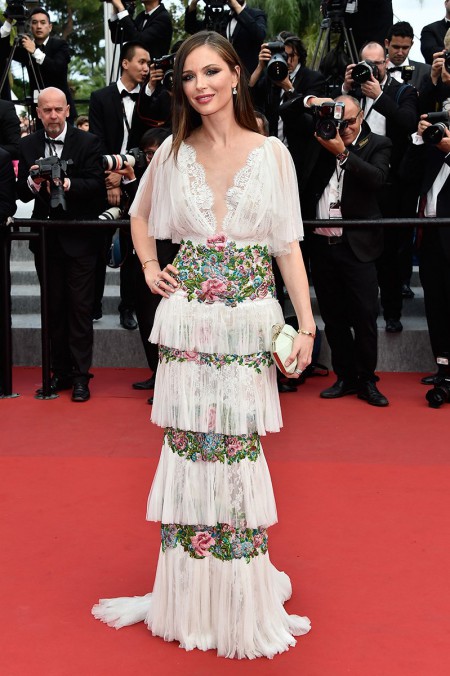 This resembles a stack of BHS rustic lampshades with Georgina’s somewhat ill-judged, peasant-bloused torso emerging from the top of it.

And this is actress Laetitia Casta wearing Givenchy. 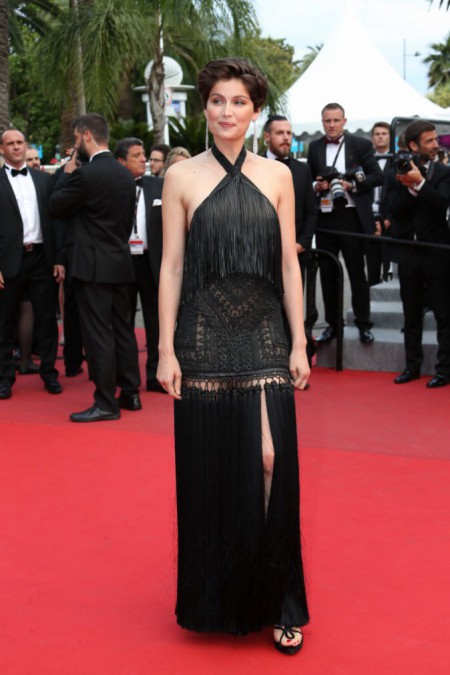 Laetitia certainly puts the crotch into crochet. And then there is more fringing than in Edinburgh, some hanging like curtains in a funeral parlour, a knobbly knee peeking forth, a bare back, protruding thigh and all sorts….. It is all just so busy…. 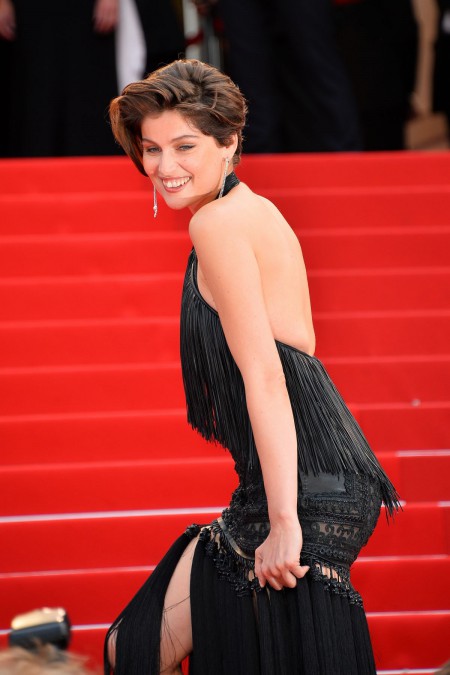 Finally we have pointless aristocrat Lady Victoria Hervey. What the hell she is doing at Cannes wasting valuable oxygen on the Red Carpet is unclear. 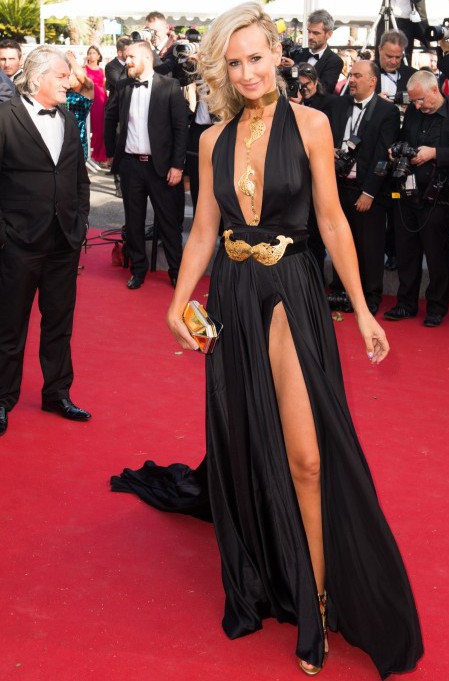 This seemed quite covered up for Lady Victoria but there was still an unwarranted amount of side-pube. And then we all got an eyeful of this. Brace yourselves…. 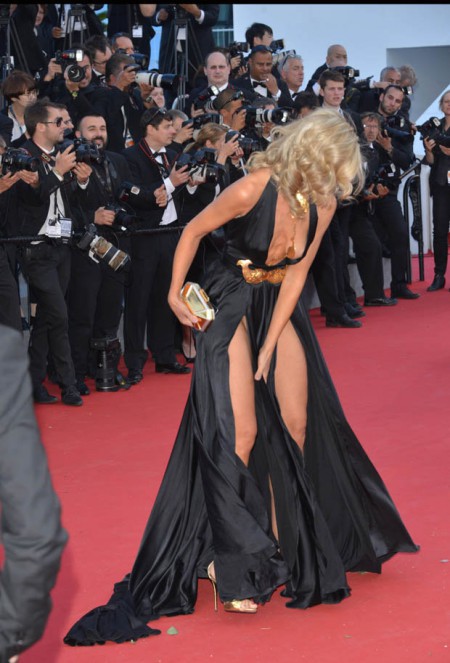 Tits. Minge. The whole 9 yards. Look, there is a reason why the Good Lord invented needle and thread. And this is it…..

This week’s It’s Got To Go is the one surviving Scottish LibDem MP, Alastair Carmichael. Until 8 May, he was Secretary of State for Scotland in the Coalition Government. During the election campaign Carmichael leaked an official memo recording that Scotland’s First Minister Nicola Sturgeon wanted the Tories to be re-elected to strengthen the SNP’s hand at Westminster, something she denied. Carmichael told a reporter that he had never even seen this memo, prompting a leak enquiry costing a staggering £1.4m, but then admitted it post-election. He has foregone his Minister’s severance pay in faux-penance but he is still an MP.  Yes, he is not the only MP to be “over-enthusiastic in his denials” (Grant Shapps anyone?) but even so….

OK Readers that’s your lot for this week. There were more excellent comments last week and keep them coming as they cheer WTF up no end. And don’t forget your suggestions for It’s Got To Go.  Meanwhile, let us meet again next Friday. Be good.

14 Responses to WTF Not Me Guv Special