Lunacy rages in the USA with wild allegations of conspiracy, corruption, and nefariousness of all kinds; on top of vote fiddling, there are allegations that Hugo Chavez masterminded dodgy electoral software to keep Trump out of the Presidency (Chavez died in 2013 long before Trump even decided to run). But let us not smirk too broadly, because here in the UK, we have our own nonsense to contend with; WTF refers to the shit-show that is our own Government. All week, it has been impossible to distinguish between news broadcasts on the one hand and old episodes of The Thick of It on the other, except that Malcolm Tucker is fictional and funny whereas this lot, sadly, are neither. Years ago, theatregoers used to enjoy what were known as Whitehall Farces (staged at the Whitehall Theatre) where the late Brian Rix used to drop his trousers. In 2020, the show is free and available on a rolling news cycle…..

Last week, no 10’s Backroom Slimebucket Dominic Cummings, and Director of Communications Lee Cain, two bald men fighting over a coxcomb, went to war with Milady de Winter, Carrie Symonds, the present Prime Ministerial consort. Cummings and Cain, Westminster’s Mitchell Brothers without the charm, thought they were in charge only to be outsmarted by Carrie, who did not like them any more than they liked her (they referred to her as Lady Nut Nuts). Cain, who in his days as a ‘journalist’ used to dress up as a chicken and harass Ministers (we saw this happen in  The Thick of It and laughed at the sheer absurdity of the concept), resigned on being denied the promotion he wanted, and a day later Cummings slipped out of the door carrying his belongings in a cardboard box, a highly appropriate receptacle given his strong resemblance to a dosser.

We then learned that Johnson had yet again come into contact with someone who later tested positive for Covid-19, and so he was forced to self-isolate. It is hard to have faith in the man leading the fight against the virus when he neither wears a mask in his own office nor requires his visitors to do so. Like the White House, where office space is also cramped, and which is also run by an idiot, no 10 seems to be a Petri dish of infection.

At least Johnson was able to stay out of sight for the next political whoopsie, namely a report from the National Audit Office about public procurement of PPE. We have heard already how people who knew the right people or went to school with them were awarded multi-million pound contracts, without any tendering process, to manufacture and supply face masks and scrubs and hand sanitisers, even though they did not know an N45 from a P45. Sometimes they delivered, sometimes they did not. It now emerges that there was a VIP list where the elite could be fast-tracked before dipping their hands into the bran tub. And worse still, we learned that the bran tub included payments for ‘middle men’, whose job it was to schmooze Chinese factories to make this stuff, even though the contracts were supposedly awarded to people on the basis that they already had that access. In one case, a Floridian jewellery maker got a contract for PPE, and he in turn enlisted some Spaniard to ease the deal, with the said Spaniard pocketing £21m of taxpayers’ money. We only know this because the jeweller is now suing the middleman for return of  some or all of the wonga alleging breach of contract. It is enough to put you off going to bed for fear of what will happen while you slumber……

We turn to the review of the week’s fashion flops, starting in California with model Hailey Bieber, wife of singer Justin Bieber and niece of Alec Baldwin, out for lunch (in every sense) wearing who even knows what this is…. 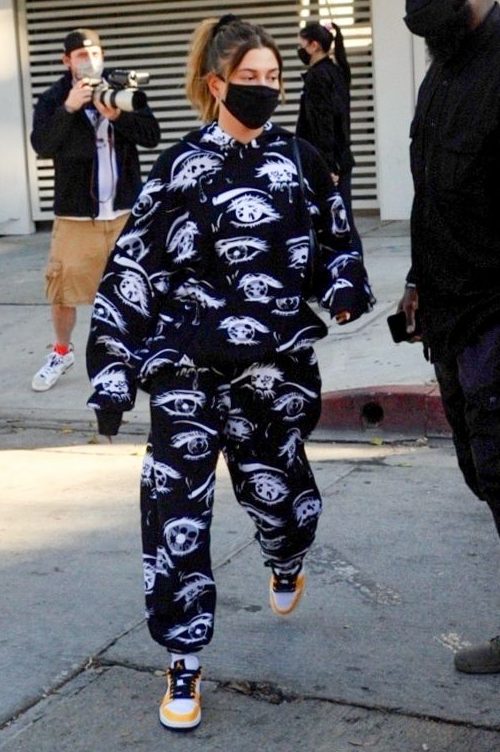 WTF is all for athleisure – millions around the World have worn little else for most of 2020, fast becoming veritable strangers to the concept of a zip. But venturing forth in a pair of kiddie jim-jams is another thing altogether, and whatever Hailey paid for this, if indeed she did, she could have gone to Marks & Spencer and bought these instead….. 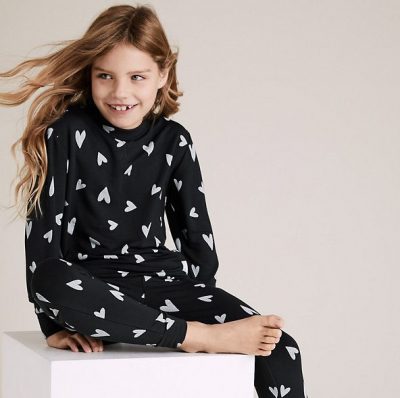 Next up, we are at the Peoples Choice Awards in Santa Monica, hosted by singer Demi Lovato with no less than five changes of outfit. This one is by  Halpern.

The wig is ridiculous and the skirt length is very unflattering. If a mermaid went to a fancy dress party as a disco ball, this is what she would look like. ….. 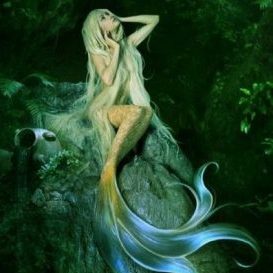 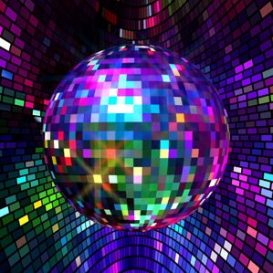 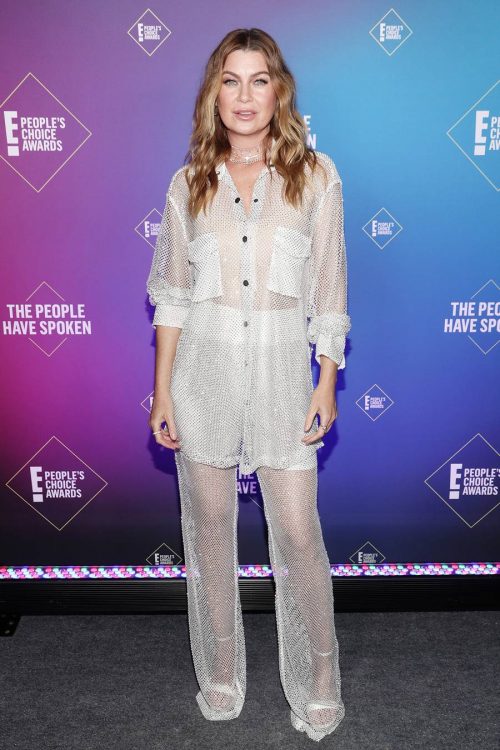 Fortunately for Ellen, she is unrelated to fat fuck Mike Pompeo, the repulsive but soon-t0-be-former US Secretary of State.  Unfortunately for Ellen, her outfit is just a pair of glittery nurse’s scrubs, like Nurse Ratched out on the razz.  It also appears to have designed with a taller person in mind as the trouser legs are pooling on the floor like water leaking through a roof.

Not so much Oh Polly! as Oh No! Whoever told Lauren that her bum was her best feature was not her friend. It is like looking at the dark side of the moon.

Still in the UK we greet young actress Emma Corrin, who is excellent as Princess Diana in The Crown, appearing on Graham Norton wearing Richard Quinn.

Emma is 24, but here she looks about 14, dressed in a most remarkable ensemble like bulging bin bags dumped in a rose garden. 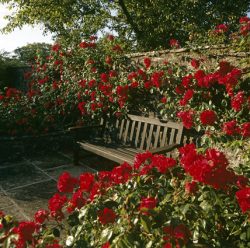 And finally, here is singer and fashionista Harry Styles featured in Vogue, wearing Harris Reed. Harry is the first man ever to grace the cover.

Look, WTF is not bothered by a man in a dress, and in another picture he is wearing a Gucci frock and a tuxedo and looks rather good. But this is just daft, like a Victorian virgin whose crinoline has become entangled in a kissing gate.

This week’s It’s Got to Go comes from WTF aficionado Stephen from Potters Bar who is fed up to the back teeth with the annual sado-masochism fest that is “I’m A Celebrity, Get Me Out of Here”. This year Covid gave the Aussies a good excuse to refuse entry to hosts Ant and Dec and a gaggle of fifth-rate celebritees (with the notable exceptions of runner Sir Mo Farah and journalist Victoria Derbyshire), so they have gone to a chilly castle in Wales instead. . 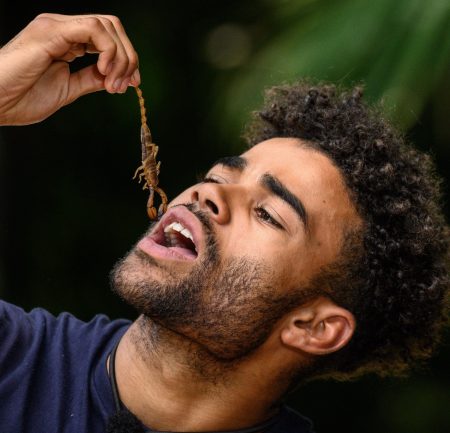 Stephen says that he is uninterested in nonentities having to eat animals’ naughty bits and crawling beasties, and expresses the view, with which WTF is wholly in agreement, that the only thing to induce him to watch would be if those two smug little tossers Ant and Dec had to put something nasty in their mouths in front of millions of viewers. It is nauseating. It’s Got to Go.

OK Readers, that’s your lot for this week. Your comments have started coming in again as well as some tip-top suggestions for It’s Got To Go so keep them coming, Let us meet again next Friday. Be good.

2 Responses to WTF Dip in the Bran Tub Special