In which WTF reflects upon bosoms special

Posted on September 21, 2012 by fashionshark

This week the Duke of Cambridge and Her Holiness the Duchess of Cambridge were visiting the more obscure parts of the British Commonwealth and hob-nobbing away with the locals, pretending to be interested in a thousand things to do with a coconut and wearing gaudy garlandy things whilst bare breasted ladies performed traditional dances and sang up a storm. But there was only one pair of breasts on everyone’s mind – Kate’s. Before setting off, the young couple had borrowed a chateau in deepest France (as you do) to recover from the exhaustion of wearing polo shirts with Team GB on them and handing out Olympic and Paralympic medals. Little did they know that as they languished by the pool, both topless, some sleazebag was crawling around in the undergrowth a mile away with a powerful telephoto lens. The pictures were sold for a huge sum to a French magazine called Closer which published them last Friday and since then publications in Ireland, Italy and Denmark have followed suit.  A few weeks ago, WTF defended the right of Prince Harry to get his dick out in his own hotel room in Las Vegas, even in the company of a bevy of bimbos whom he had only just met. Equally, WTF believes that a woman should be entitled to bare her breasts in the company of her own husband by the privacy of her own pool. After all, she was not strolling along the Promenade des Anglais or even the beach at Clacton, home of our friend the Essex lion. For some reason, this distinction seems to have escaped many of her future subjects who appeared in print and on radio phone-ins expressing the view that Kate was to blame because she should have known that photographers might be lurking. With that logic, Kate should be prevented from taking a crap in case some scumbucket on the Berlusconi payroll snatches a picture through an open window of her with her knickers round her ankles. How are the heir-to-the-heir and his lawfully wedded wife ever going to produce an heir-to-the-heir-to-the-heir if they have to worry about a concealed camera? Here’s a suggestion. Let’s just place Kate in Purdah so that no-one can see her at all.  Meanwhile, it’s a good job that they didn’t have telephoto lenses and mobile phones in the days of Downton Abbey. Can you imagine what William the footman and that hatchet-faced lady’s maid would have done when Lady Mary was seduced by the dastardly Turk? (Did he die on the job or was it afterwards? WTF was never quite clear on that point). The photos would have been in the Edwardian version of  Beaucoup de Boobies before you could say That will be all, Carson…

Talking of tits, and when are we not, here is our Z lister of the week, Kerry Katona.

Kerry was in girl group Atomic Kitten for 2 years until 2001 when she married Brian McFadden of Westlife, had 2 kids and divorced him. She then embarked upon her new career as a professional car crash. She had her tits enhanced and reduced (auctioning off one of the implants for charity),  married a low-life mini cab driver, had 2 more kids (one born during the reality show about her life with said low-life), went bankrupt, was splashed all over the papers for cocaine addiction, was diagnosed as bi-polar (much sexier than depression and more cuddly than schizophrenia), divorced the low-life, had various relationships, all of which were featured in magazines under the headline “This time it’s real”,  got fatter, got thinner, had her tits re-done and now “writes” a column for ‘OK! Magazine’ that makes The Diaries of Adrian Mole look like Pepys. Here she is bursting out of her dress like a double scoop of Burnt Orange icecream, encased in one of those elastic bandages they put on your legs during operations to stop thrombosis and very nasty shoes. Footwear is getting uglier and uglier…. Those knockers are just massive. No wonder she has to hold them up. The bra, shown peeking out of the frills, obviously isn’t up to it and needs the engineering skills of Isambard Kingdom Brunel.

This week’s edition of Stylists Who Need To Go To Specsavers features Alexa Chung. Some months ago, WTF asked what was the point of Alexa Chung, and she still doesn’t know the answer, nor has anyone come forward to hazard one. Anyway here is Alexa at London Fashion Week.

The last time WTF saw legs like that they were on a giraffe.  I mean, this woman is a fashionista who was on the front row at the Mulberry Show and she is wearing a teeshirt and a pair of camiknickers. The bag, however, is wondrous. 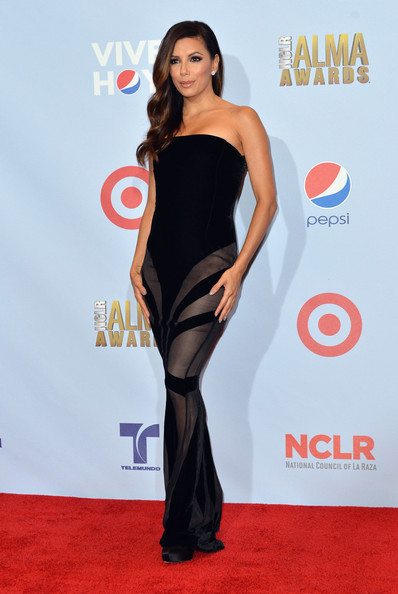 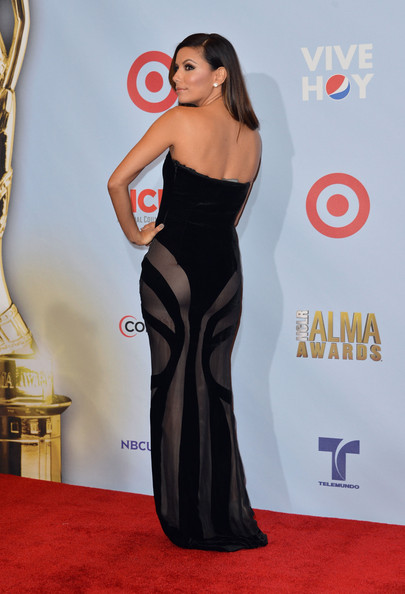 During the Second World War there was a public message which asked “Is Your Journey Really Necessary?” Wouldn’t it be nice if occasionally designers asked themselves “Is Your Peek-a-Boo Really Necessary?”. Because you know what? It isn’t. It really isn’t.

And for Part 2, we have flame-haired bombshell Christina Hendricks wearing Jenny Packham. 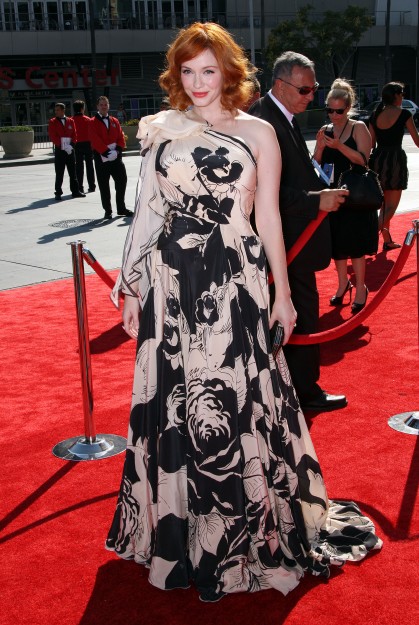 WTF understands that Christina fancied a change from her usual red carpet mode, namely breasts spilling out in every direction. But this is just terribly, terribly terrible. The fabric is giving WTF a headache and there is something deeply pervy about those children’s faces. If Gary Glitter went curtain shopping, this is the fabric he would choose. Jenny has also chosen to wrap Christina up in a bow like an early Christmas present. We all know what else you get at Christmas …..turkeys.

She’s back! Readers’ favourite Nancy dell’Olio continues to astonish and appal us in equal measure. Many readers are still recovering from her appearance here two weeks ago when she flashed both front and side boob and was generally a dead ringer for an  Egyptian shabti. The good news is that the boobs have been put away. The bad news is that they have been put away into this.

For some unfathomable reason, Nancy was attending the MOBO (Music of Black Origin) Nominations. To WTF’s knowledge, Nancy is not of black origin and has no obvious connection with the music industry, but the woman would attend the opening of a coffin for a free drink and a photo opportunity. She is wearing an embellished leather peplum top and thrush-inducing leather trousers tucked into suede Pantomime Boy boots and looks entirely ridiculous. Ever since her former paramour Sven Goran Ericsson, useless and overpaid sometime England manager, began his attempt to evict her from the flat they shared about ten years ago, Nancy has been complaining of a shortage of funds. This pose suggests either that she is hoping to pursue a career as an armpit model or that she has just been arrested for crimes against fashion and has been told to put her hands on her head and come quietly.

2 Responses to In which WTF reflects upon bosoms special