You will not find me mocking Oscar Pistorius here. A woman shot dead, accidentally or otherwise, is not funny and if I read one more “he hasn’t got a leg to stand on” tweet, I may have to shoot myself.  Instead let us consider the news that our old friend Rupert Murdoch has hinted that he might dispense with The Sun’s infamous Page 3 Girl. For the past 40 years, titsy bimbos have pouted in their panties whilst pronouncing on current affairs (as penned for them by leering sub-editors). Of course, 40 years ago bare tits were not on general display. To see a pair, other than those on his wife or girlfriend, a man either had to buy a polythene-wrapped porn mag from the top shelf of his newsagent, hang around the local red light district, become a Peeping Tom or go to see an X film at the Gaumont. There was no Internet, no Twitter, no Channel 5. You had to make an effort. Not now.  You can barely get through breakfast without a pair of tits looming at you from some media outlet, so Saucy Susie from Southport who wants to be a scientist and is a massive fan of George Osborne’s fiscal policy may well have had her day. Since Page 3 first appeared, we’ve had a gay woman sports journalist as THE national treasure of 2012, women jockeys in the Grand National, female football officials not to mention the trifling matters of the Sex Discrimination Act, equal pay (in theory, anyway), a woman running MI5 and a woman Prime Minister. Oh, and if HRH Foetus is a girl, she will inherit the throne and not her younger brother. The idea that women are there merely to flash their tits and cheer up the working man over his morning mug of tea and horse-filled breakfastburger is so outmoded that even an octogenarian sleazebucket like Murdoch is about to ditch it. Rupert wants to replace Saucy Susie from Southport with “glamorous fashionistas”. Some of those ladies wear less than Saucy Susie, even when purporting to be fully clothed, as you will see as you read on….

The poet Andrew Marvell is best known for the magnificent poem To His Coy Mistress, but WTF also has a fondness for The Garden containing the lines

What wondrous life in this I lead,

Ripe apples drop around my head,

The luscious clusters of the vine

Upon my mouth do crush their wine…

WTF felt just like Andrew this week as celebrities walked the Red Carpet, each one looking ghastlier than the one before. We had the BAFTAs, the Grammys, the Elle Fashion Awards, the première of the new British comedy Run For Your Wife, New York Fashion Week….oh the joy. What follows is WTF’s selection of some of the worst oufits she has ever seen, which means that other celebrities this week have had the greatest escape since Steve McQueen, James Garner, Charles Bronson and Richard Attenborough tunnelled out of the prison camp to the sound of a jaunty theme tune. (By the way, not to be xenophobic or anything,  but no Americans were actually involved in the real Great Escape from Stalag Luft 111, whereas in the film there were loads of them AND NONE OF THEM GOT SHOT EVEN WHEN THEY WERE RE-CAPTURED whereas the Brits copped it large, including Sir Dickie. Just saying….) Florence Welch, dressed by Givenchy as Puff the Magic Dragon and Zawe Ashton in not one, but two revolting Julien Macdonald dresses, you are both  lucky not to be featured this week. Take it as a warning…..

Let us start at the BAFTAs with Martin Freeman and his long-term partner Amanda Abbingdon.

WTF likes Martin, who is now starring in The Hobbit, which the producers have managed to stretch out into a trilogy to the great joy of Martin’s bank manager. WTF read The Hobbit whilst at school and could not be doing with all that Bilbo and Dildo and Ludo and Cluedo stuff, flatly refused to read The Lord of Rings, even for ready money, avoided the movies  and is going nowhere near The Hobbit either. WTF is delighted that Martin has hit the big time but now that he has, perhaps he could see his way to buying a suit which does not make him look like the doorman at a Vegas casino.  As for Amanda, she seems to have come straight from the set of Mr Selfridge.

If you have ever wondered what an oxymoron is, here is singer Katy B at the Elle  Style Awards.

The dress itself is actually an ordinary black long dress with a side slit. On its own, it would never have merited even a passing mention. But for reasons best known to herself and her priest if she has one (and if she hasn’t, she needs one) Katy decided  to hoist up her skirt to show us the foulest pair of tights ever woven. And she is wearing tights with peep-toe shoes. Oh dear.

To the Grammys, starting with Kelly Rowland wearing Georges Chakra.

The Grammys’ organisers, anxious to avoid masses of minge, sent out a memo asking attendees to dress respectably. You can imagine how that one went down. Tell a load of fame-hungry celebs not to flaunt their body parts and they are stripping  off before you can say “genitalia curtains”. This is Kelly’s response to the memo, and it would be fair to say that she does not seem to have entered into the spirit of the request. The boobs are about to pop out and say hello to the paparazzi and although we have a bush blanket instead of the usual figleaf, it is straining at the seams. Even more disturbing is the flow of netting as if she had a flamenco dancer’s head between her thighs. (She didn’t). You should have read the memo, Kelly love….for all of our sakes.

Next up we have makeup artist and former star of America’s Next Top Model, Jay Manuel.

No, honestly, WTF???????? It looks as if Jay has been caught in a pigeon-shit-storm. Even worse is the detailing going on around the jacket at waist-level, which resembles nothing so much as a peacock’s yoni. In short this is the worst suit that WTF did ever see in her life.

Now we have singer D’Manti wearing not a lot.

Now it may be true that D’Manti is not even a household name in her own household, wherever that household may be, but nowadays, as we all know, it is not a case of what you can do but what you can flash. D’Manti, who bears an unfortunate resemblance to Céline Dion, and not in a good way, was hoping to get noticed on the Red Carpet and in this she succeeded.  Araneophobia is the fear of spiders’ webs and this dress is certainly giving WTF a major panic attack. D’Manti’s website (sorry) says that her name means “many capes”. If only she had put one of them over her and just gone away…..

The last of our Grammy horrors is Kiwi singer Kimbra wearing a dress, if such it can be called, by Aussie  designer Jaime Lee Major.

Kimbra is a talented girl and was the female vocal on the excellent song “Somebody that I used to know” by the Australian-Belgian (you don’t get many of those to the pound) Gotye, né Wouter de Backer, and so she more than deserved to be walking the Red Carpet. It is just that she did not need to be dressed as a gold swizzle stick rising from a sea of suds.

We leave the Grammys and travel to icy cold London and the première of Run For Your Wife where the Red Carpet was graced by rave-from-the-grave Su Pollard.

Su was doing looking-like-a-sack-of-shit-bin-bag style, complete with “I’m mad, me” glasses, when Lady Gaga and Nikki Minaj were in nappies. In the 80’s and 90’s, Su starred in comedy series like Hi-de-Hi and You Rang M’Lord? She hasn’t been seen about much of late, so WTF is pleased to welcome her back and salutes her look-a-likiness to Quentin Crisp dressed as Sally Bowles.

It is very cold in New York right now, so Anna can be forgiven for wrapping up warm. However, Anna cannot be forgiven for wearing a white fluffy dressing gown with red daisies, not to mention white tights and flatform sandals which make her look like Madame Butterfly about to belt out One Fine Day. They are quite simply the ugliest footwear on the planet, but at  least they are on the planet, unlike Anna who went off into orbit years since. Proving that matchy-matchy is back in this season, she also has a girly red bag. The daisy motif, by the way, is rather like the one used by Mary Quant 50 years ago. Innovative? It was then…. 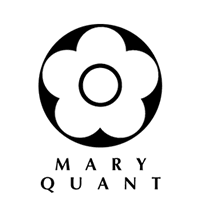 OK Readers, that’s your lot for this week. You did well on the comments last week, so keep them coming by using the comment button. See you next Friday.